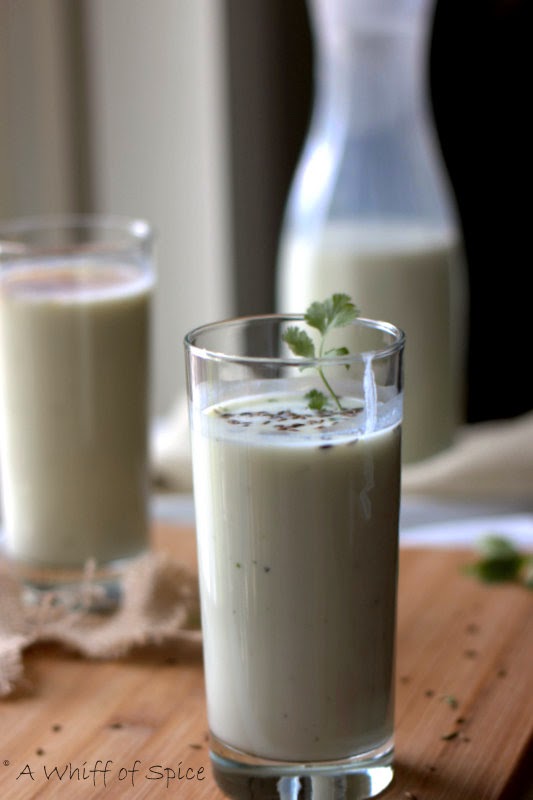 If Ayran is convenience, Masala Chach or Chaas is nostalgia. I cannot say I grew up drinking this , but when I did start, I loved every sip of it.


Raised in a Bengali household, yogurt was always on the sweeter side. Even if were having a sour yogurt, it would be sprinkled with spoonful of sugar to cut out the tartness. Our yogurt drink called Ghol, has just four ingredients -  yogurt, water, sugar and pinch of salt. I was never quite fond of the Ghol though. 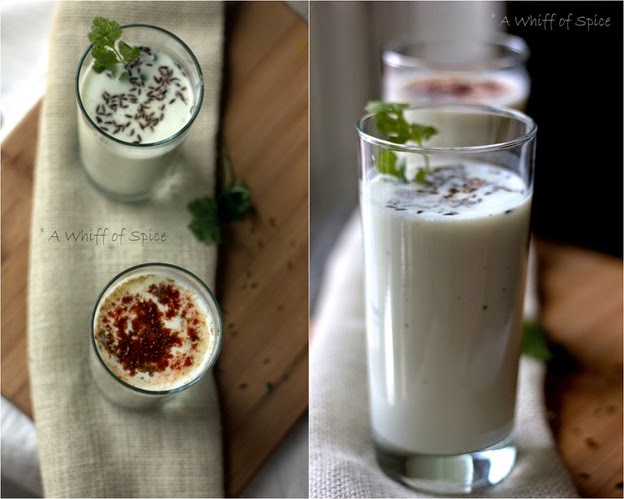 Chaach/Chaas (Indian Buttermilk) on the other hand is tangy, spicy and thoroughly refreshing. I started drinking it regularly during my first job when my boss, used to get a huge thermos filled with chilled Chaach or Chaas and insisted I share with her. I gladly obliged.

Later when I moved to Hyderabad, I saw my doctor 'prescribed' Chaach for nearly everything. From heat stroke to indigestion, drinking copious amount Chaach or Chaas was supposed to be the best remedy. And it worked too. My lunch was never complete without a glass of this cold drink, especially during the crazy summer months. 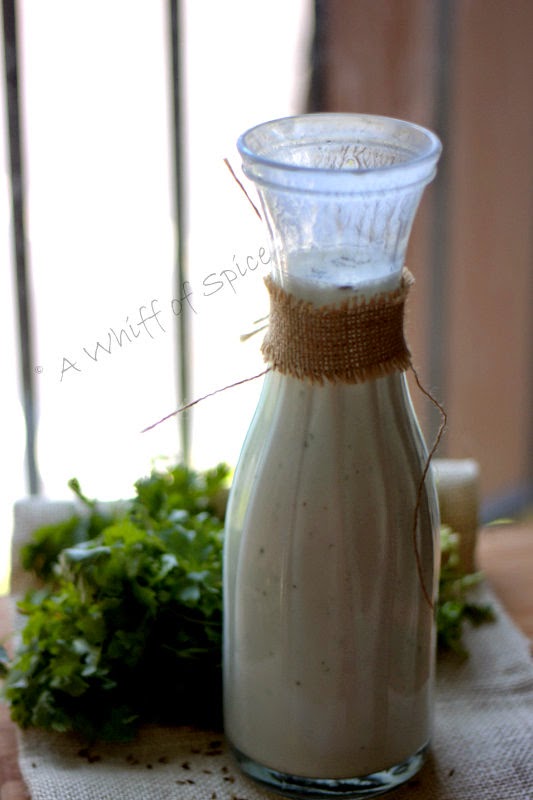 Chaach or Chanch or Chaas (spelling depends on the pronunciation in different parts of India), is a watered down yogurt drink on the lines of Ayran, but on the spicier side. Each region in India has their own recipe. Some use coriander leaves (cilantro), some mint and some curry leaves. Many temper their Chaach/Chaas. Some gulps it down with just salt and roasted cumin powder.  But they all have the same purpose - to cool you from inside and combat dehydration and fatigue. It is also a great digestive and usually an accompaniment to spicy meal.


This is something, the whole nation consumes on a daily basis, especially during the summer months. The demand for this "wonder drink" is such that now its even sold commercially in tetra packs. It is however, a breeze to prepare at home and a lot tastier than its commercial avatar.

The recipe for Masala Chaach or Chanch or Chaas is as diverse as the nation. Every region has its signature touch and every household makes it slightly differently. Roasted cumin (both the seeds and its powder) is however an integral part of this spicy Indian Buttermilk.  The version that I was so used to having in my early days was a simple mix of yogurt and water with rock salt, tiny amount of roasted cumin powder and red chili powder thrown in. Sam still loves this version the best.

In Hyderabad, I was introduced to the version that had ginger, green chilies and coriander leaves and some crunchy toasted cumin seeds as garnish. Oh! I immediately fell in love with it. It is by far my favorite way to spruce up my buttermilk. Apart form boosting the oomph factor taste wise, the presence of spices like cumin, ginger and coriander leaves (cilantro), brings in a host of health benefits too. They turn the Chaach or Chanch or Chaas from a simple summer cooler to an effective digestive drink.

Here is is my version of the quintessential Spiced Indian Buttermilk (Chaach or Chanch or Chaas), a delicious drink that not only cools but also fortifies the body.