Gazpacho: A Cold Cold Soup for a Hot Hot Day! 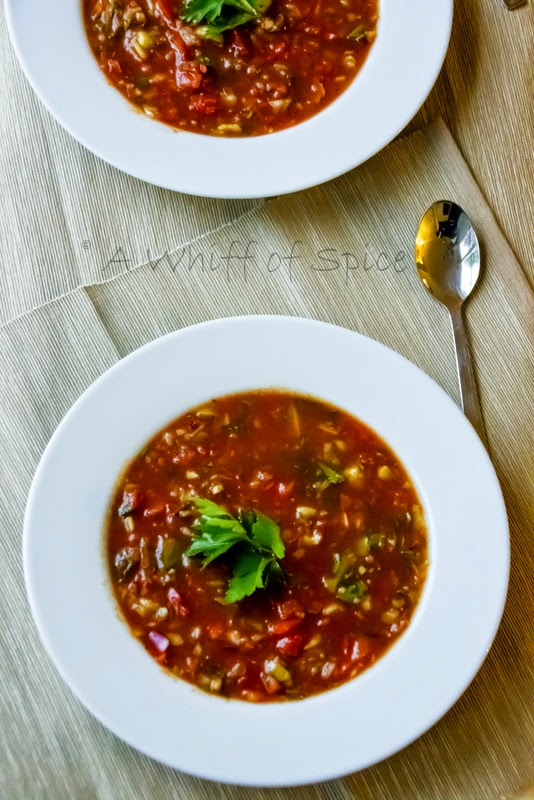 This week, Cincinnati was kinda gray. Cloudy and gloomy with busts of thunderstorms.
But this couldn't deter me from posting is cold cold soup which we had on a rather hot hot day last week.

All my favorite salad ingredients blended with my favorite juice, what could be bad about it! I knew I'll love it, even before I made it. 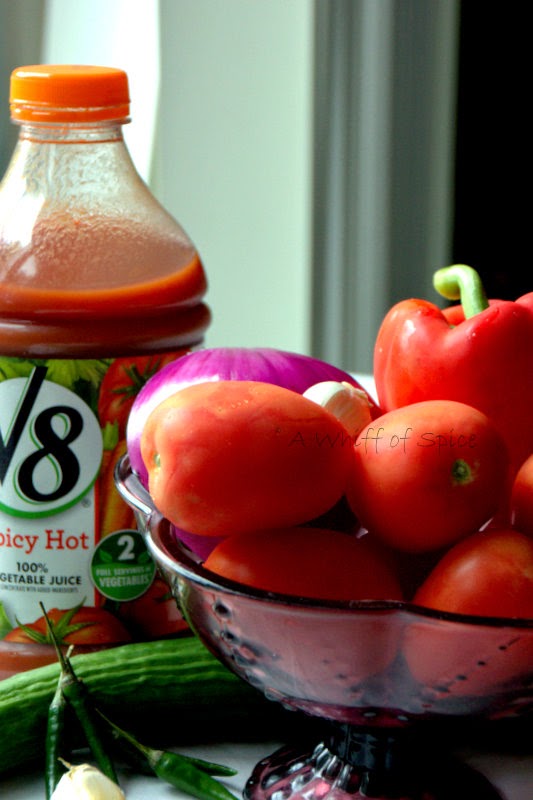 Gazpacho, a light, cool, refreshing soup from Spain is basically a whole bunch of raw vegetable blended with tomato juice. Often called a "Salad in a Blender", it is a summertime staple in many household. Traditionally made by pounding raw vegetables with tomatoes in mortar and pestle and left to cool in earthen pots, gazpacho has gone through many transformation to reach its current stage. Modern day convenience like blenders and food processors have made the prep work a snap and the added bonus of "no cooking" makes Gazpacho the most loved Summer Soup. 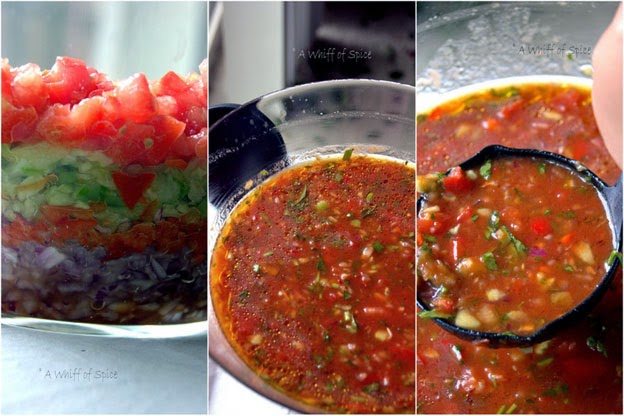 There are many variation of Gazpacho, using various herbs, spices and garnishes. I am not claiming my version is authentic, traditional or classic but it is the way we like it. Its so fresh light and tangy. We are in love with it. And its pretty filling too. Usually pieces of bread are soaked and blended in the soup. But just so that I can control the carbs I am consuming, I served the bread as a side to the soup instead of blending it right in. Also instead of regular tomato soup, I used a Spicy Hot V8 for an interesting twist of flavors. 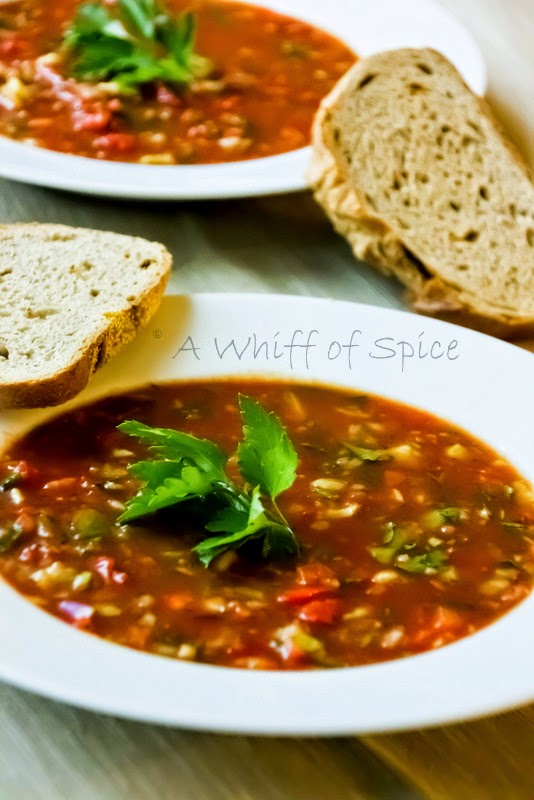 It such an refreshing soup. I really wanted to eat it as soon as it was done. But however tempted you are stashing it in the fridge for at least four hours, works wonders for the flavors. It was good before but it was unbelievably delicious after chilling in the fridge.

And leftover the next day? Heavenly!

Try it and you'll not regret it.