Everybody must have roasted a cauliflower, at some point in their life. Not me. Not until now.

There is no specific reason as to why I have never roasted them. Its just didn't happen. But when I did, Sam declared that he is never going to eat cauliflower in any other way. Sid seconded him. 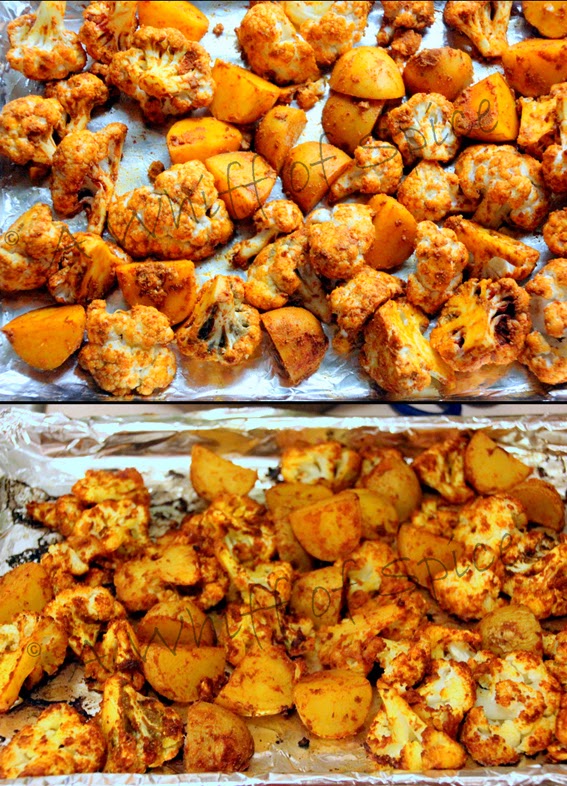 It started a couple of weeks ago, when I had a severe allergic reaction and was covered from head to toe in hives. Apart from the burning sensation and the constant itch, what bothered me most, was my inability to cook. Heat from the stove top was unbearable.

I had promised myself that I will not yield to the temptation of eating out. Eating out on week day would mean either Chipotle, or a Chinese takeout or a Pizza night. None of the options appease me. Not anymore.


We had sandwich dinners, stuffed with either Tuna Salad or deli meats; slow cooker soups and store bought garlic breads. Store bought Rotisserie Chicken and the Salad bar at Kroger were life savers as was canned Sardines. 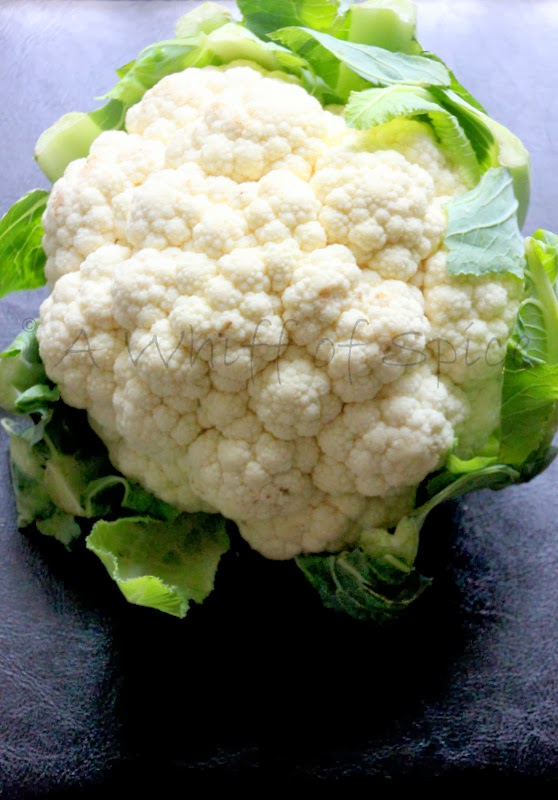 Most of the veggies in refrigerator that week, was either steamed or dumped into the slow cooker along with beans to create hearty soups and stews. Sam rescued a cauliflower, which did not look half as pretty as the above pic.

Cauliflower is a much loved veggie in our house but it mostly ends up either in stir fries or get curried with fish or shrimps. We never ate it in any other form.

Not knowing what else to do, I simply sprinkled the cauliflower with dry spices (the ones that goes into my curries) and roasted it.

And then magic happened. 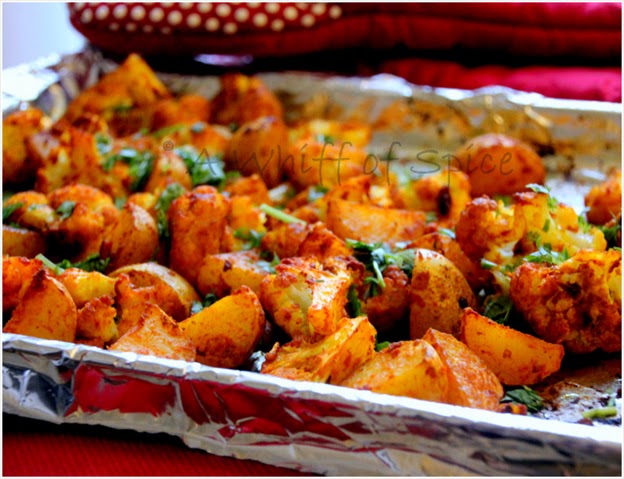 Roasting brought out flavors that I didn't even know existed. 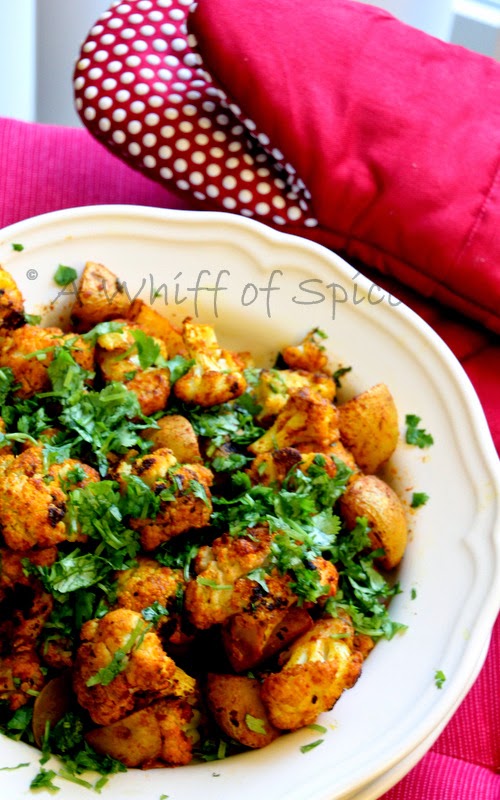 The first time I made it, Sam and Sid ate it as if it was popcorn. They just couldn't stop popping one after another. I have made this thrice since then and every time I had to remind them that it was for dinner and not snack. 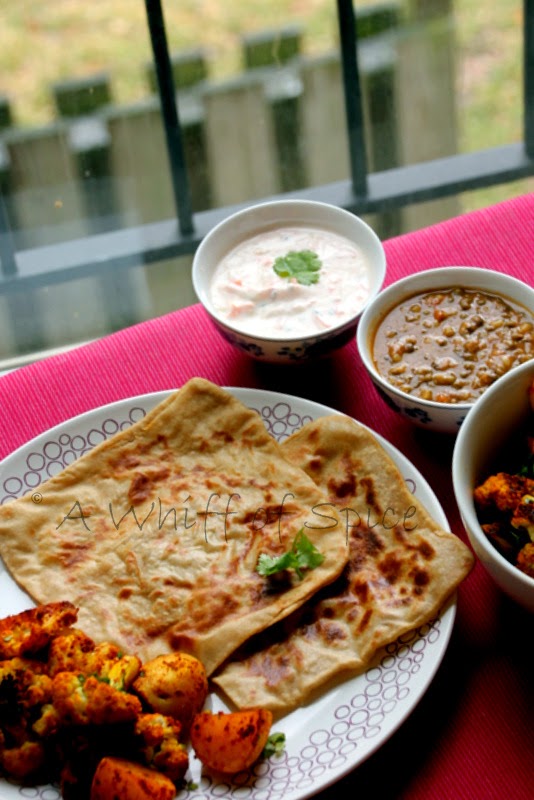 This is a dry dish with the masala just coating the veggies. It is perfect side to a simple meal of rice-dal or dal-roti. It can also turn into an interesting salad, when served on the bead of baby spring mix with a light squeeze of lemon juice, with a sprinkle of toasted almonds or walnut for crunch and some cranberries for sweetness. 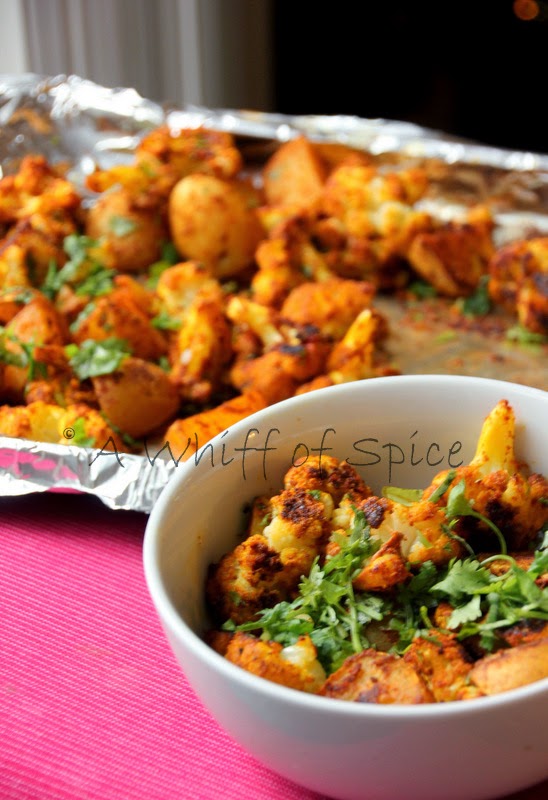