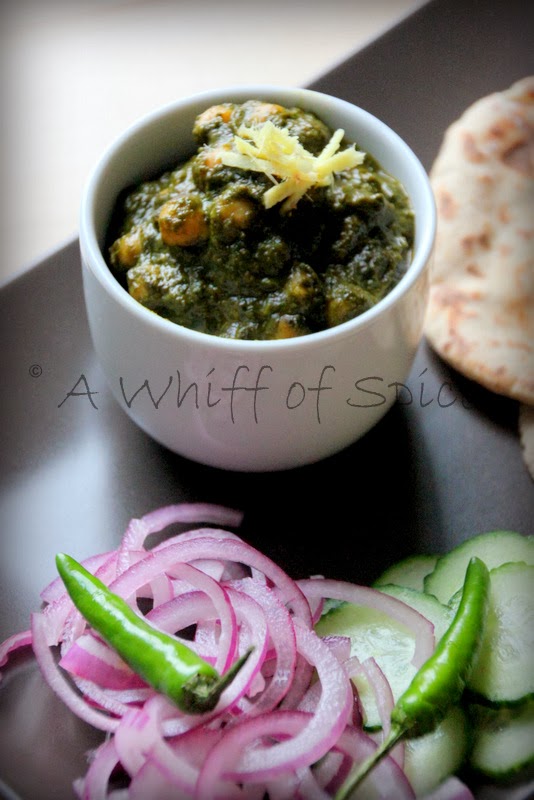 When it comes to food, almost five years old Sid, is not too fussy. He has a wide palate and is always ready to experiment. I am grateful that he loves his fish, meats and veggies as much as he likes his cakes, muffins and chocolates. However, the one thing that I really struggle to feed him is Spinach or any leafy green for that matter. I often add baby spinach to my soups. He will have that soup, but will meticulously avoid any piece of spinach that's floating around, promptly spitting any stray leaves that lands in his mouth. The only way I can get any spinach into his system is sneaking them in his Paratha (pan fried flat bread) or making this Saag Chole. 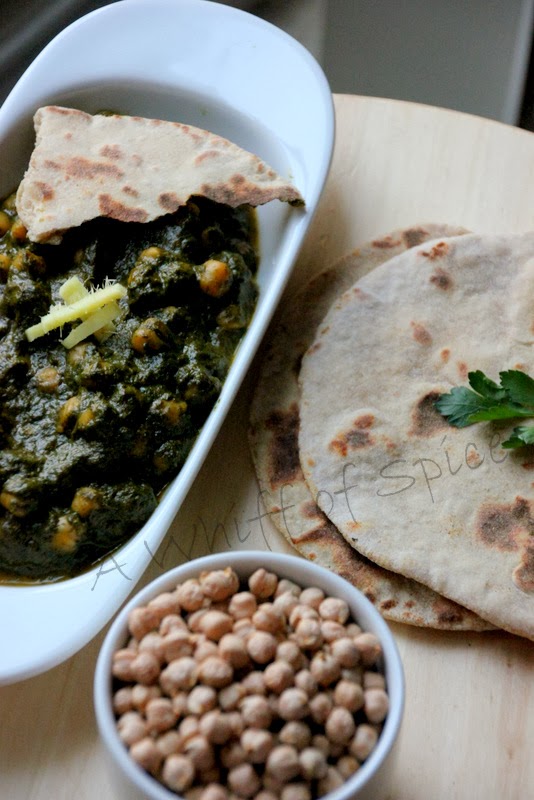 The first time I had Saag Chole was at Brij Mohan Indian Sweets & Restaurant, Cincinnati's most famous Indian Vegetarian Restaurant. It was delicious. Sid polished off his portion with out a whimper. He even moped the last drops of the creamy spinach-y gravy with his Kulcha. I knew I hit a jackpot.

Sid digs on chickpeas. Its one of his favorite. He will even have chickpeas salad with me for lunch. Roasted Red Pepper Hummus and pita bread is one of our very frequent weekday lunch. So anything with chickpea in it will definitely catch his fancy. The main reason why he likes the Saag Chole is because the 'leaves' per say, are not visible. They are pureed in to smooth silky gravy. Of course, it had tons of cream in it. That's what restaurant quality food ought to have! 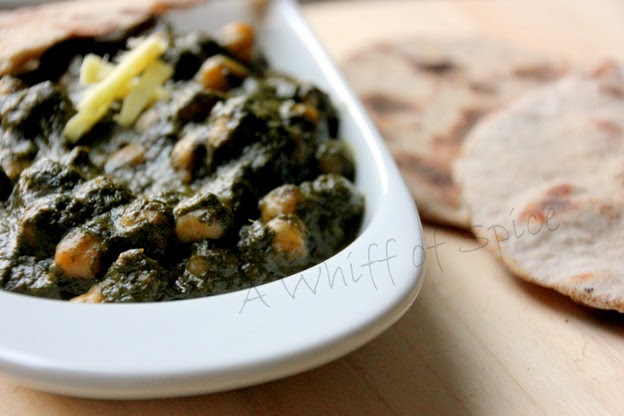 Saag is any leafy green and Chole is chickpea. Usually, a combination of spinach and mustard green is used for Saag Chole. But I had used only spinach. For convenience, I used frozen spinach, but fresh spinach can most certainly be used. I have used dry chickpeas, soaked overnight but canned chickpeas can also be substituted.

I feel cooking the onions, ginger, garlic and the spinach first and then pureeing them, uses far less oil than first pureeing everything first and then cooking them in oil. To get the restaurant style silky gravy, you need to finish off the gravy with a dollop of cream. I, however, simmered the gravy for good 20 minutes with cup of low fat milk and got the exact same result with just fraction of the calories. For the restaurant style aroma, I finished of the gravy with a fist full of crushed Kasoori Methi (dried fenugreek leaves, available at all Indian grocery store) and just a teensy bit of Ghee (clarified butter).

My entire family loves this Saag Chole. Its features at least twice a month in our dinner menu. 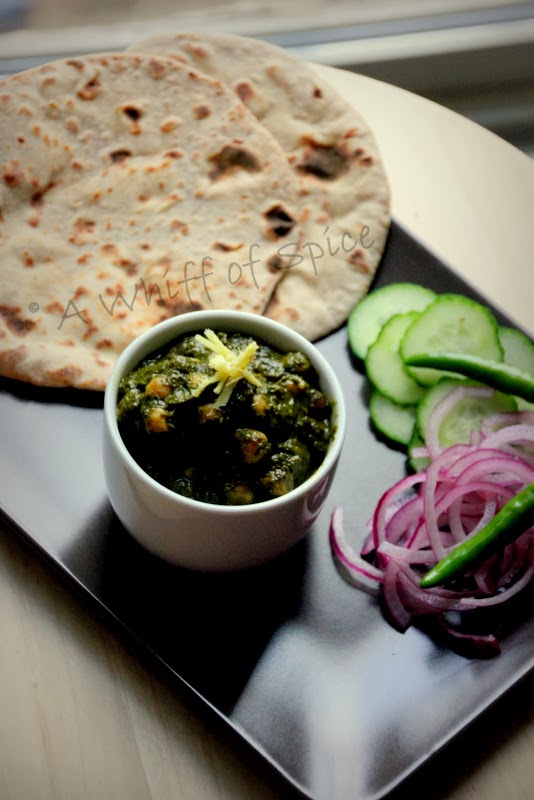