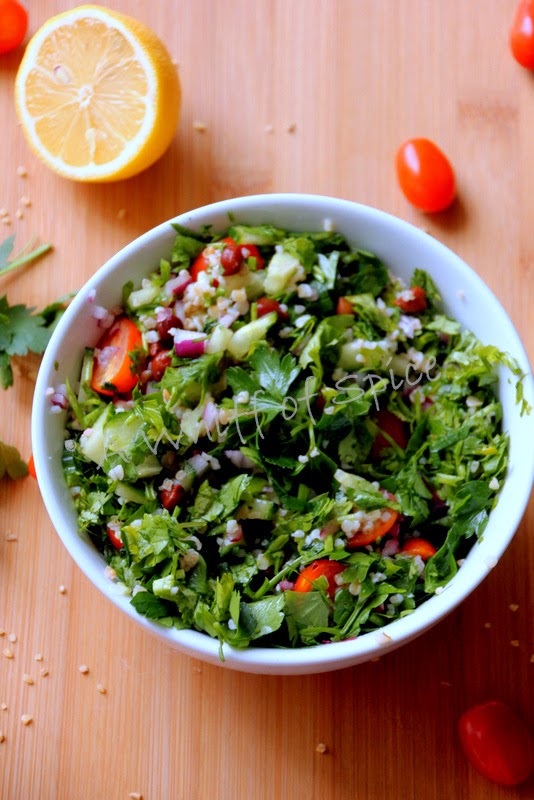 Its not every day that I write a post munching on the dish, the post is about. But then, there's always a first time. I am pretty sure by the time I hit the 'Publish' button it will be way beyond midnight. At least in some parts of the world. 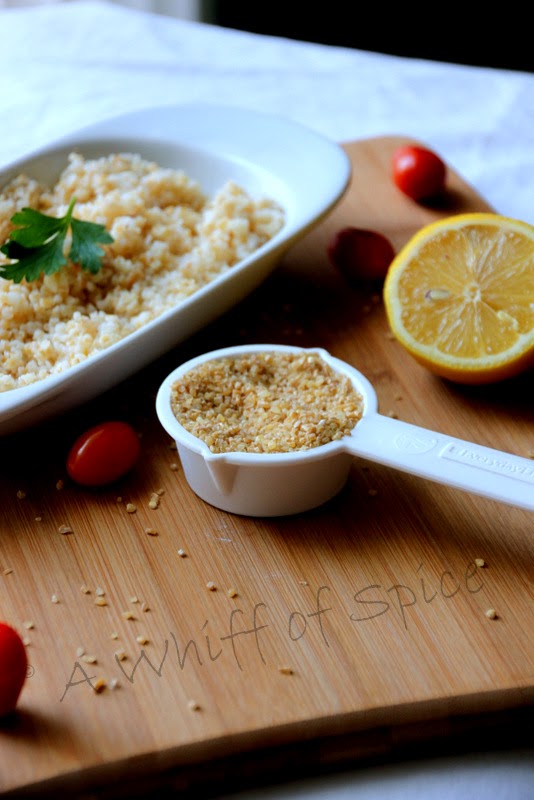 My love affair with Tabbouleh started a couple of years ago, when I was searching for an innovative recipe for Daliya (Cracked Wheat in Bengali), apart from the usual Pulao (pilaf) or Khichuri (a risotto of lentils and grains). Tabbouleh was like a breath of fresh air to this herb loving; salad munching soul of mine. 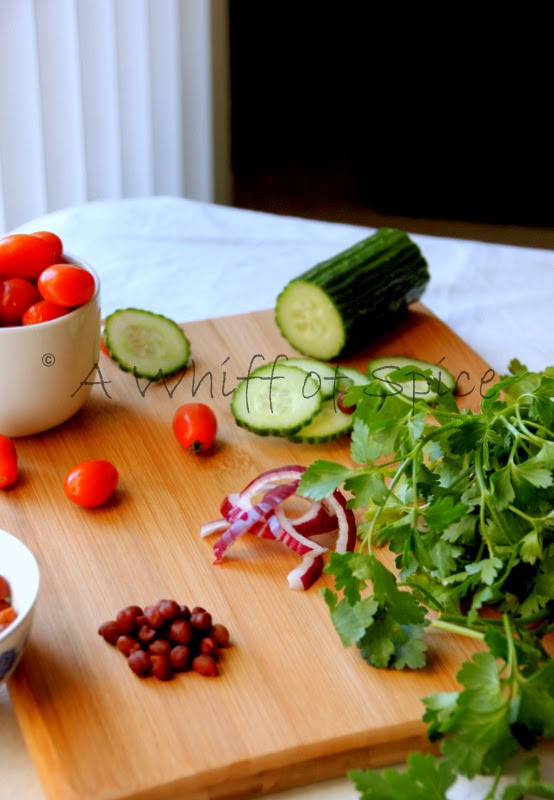 Tabbouleh is a Levitine (region encompassing Egypt, Jordan, Lebanon, Palestine, Israel, Syria, parts of southern Turkey and northern Iraq) Arab Salad, traditionally served as a part of mezze (selection of small dishes served in the Middle East,the Balkans, Levantine and Caucasian cuisines, served at the beginning of all large-scale meals).

Traditionally, its made of Bulgur Wheat.
Tomatoes, cucumbers, finely chopped parsley, mint, onion, and garlic are few of its main components. Its liberally seasoned with olive oil, lemon juice and salt, 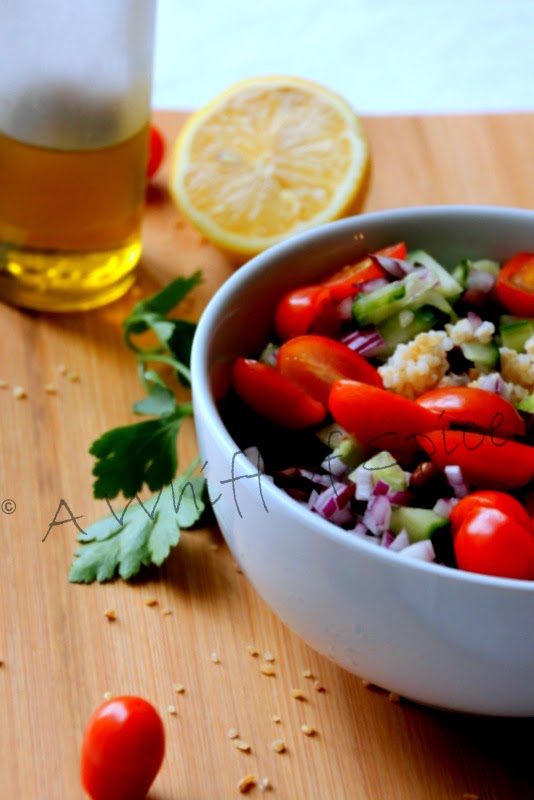 A lot had changed in the constitution of Tabbouleh, once it traveled to the Western world. Originally, what was an herb salad, speckled with bulgur, slowly transitioned to an full blown bulgur salad with herbs thrown in. My version is some what a cross between the traditional and the modern.


I love herbs and add loads of it. I also throw in a good measure of grains (cracked wheat in my case), mainly because Tabbouleh is a complete meal for me. I like adding almonds or walnuts for that extra crunch. Cooked brown chickpea often finds its way to my Tabbouleh, simply because I love its earthiness and it also packs a nutritional punch. Tomatoes, cucumbers onions (the red variety or scallion only) are the standard addition. 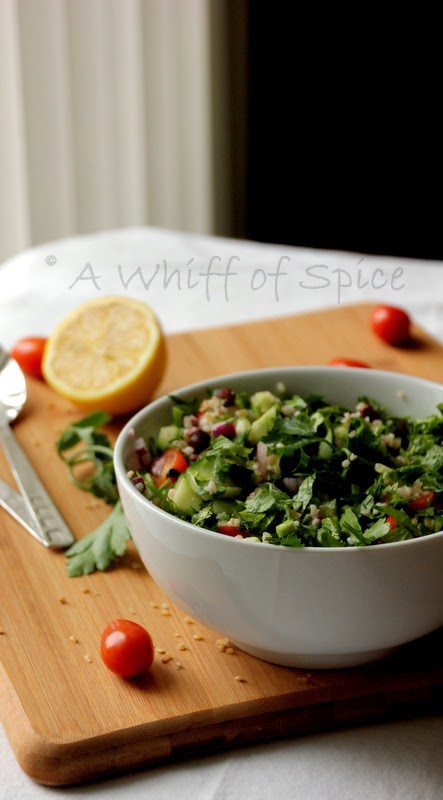 Herbs are the soul of a good Tabbouleh. Parsley and mint are the most commonly used herbs. Coriander leaves or cilantro is generally not an herb you associate with Tabbouleh. But I use it if, I am running low on parsley.

The dressing is simple and basic. Olive oil, lemon juice (lots of it) and salt. Pinch of ground cumin or cayenne is often used to give an edge. For me simple and basic works the best.


The best about Tabbouleh is you can feel free to throw in anything, without getting too much stressed. This has actually resulted in many creative and delicious avatars of the Tabbouleh.