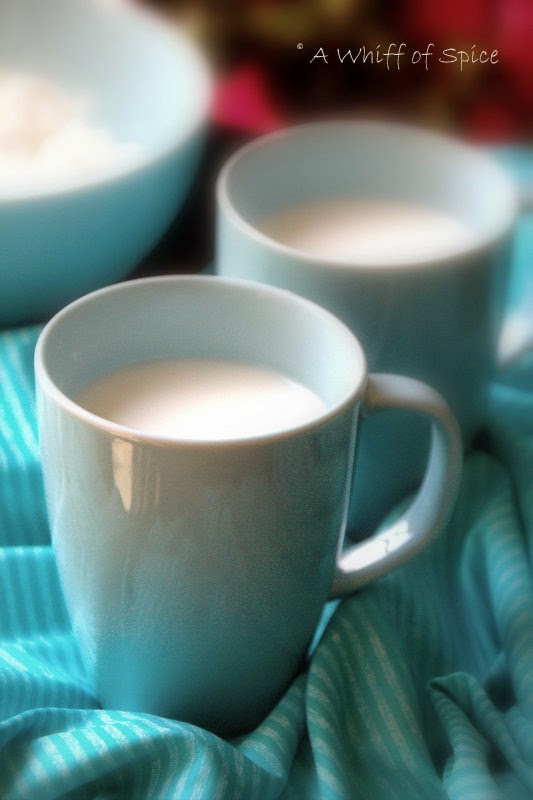 And its not a complaint. Just a statement.

After the bitter winter we had, I promised to myself that I'll never complaint about the heat. So don't get me wrong.

We are just into the first week of the summer vacation and I am already at my wits end on how to entertain the 5 year old. The few thing that we did consistently last week, was to take a dip at our community pool, try and teach Sid to ride his bike without the training wheels and drink mug full of Ayran. When we return from a long and tiring session in the sun, nothing beats the heat than a cold mug of Ayran. So much better than grabbing a soda or any other sugary beverage. 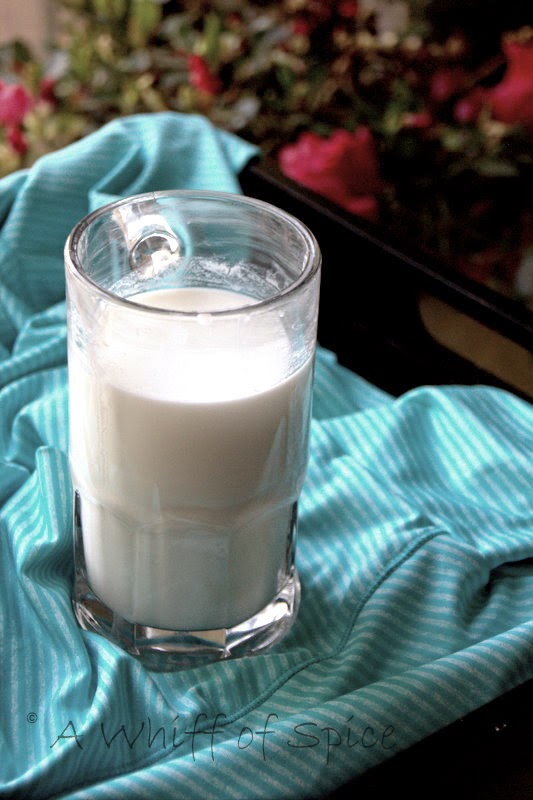 The first time I had Ayran was few of weeks ago at SULTAN'S, a Turkish restaurant in the suburbs of Cincinnati. I was so blown away with the clean and refreshing taste that I ordered two more servings. 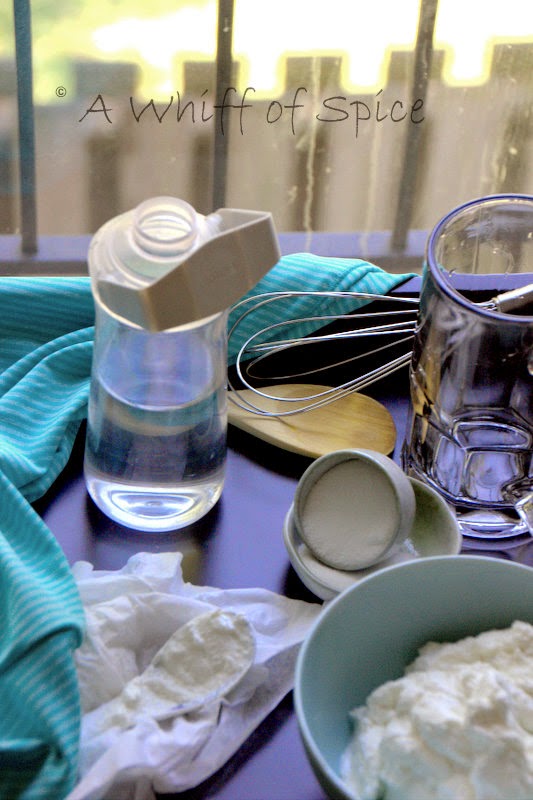 Ayran, the national beverage of Turkey, is a very refreshing drink made of just three ingredients - Yogurt, Salt and Water. This white frothy drink is quite popular in various Balkan regions, central parts of Asia and in Middle Eastern countries. Albania, Bosnia, Greece, Lebanon, Syria and of course, Turkey are few regions where Ayran is hugely popular and consumed in great quantities. Ayran also goes by a lot of different names. In Albania, it is known as ‘Dhalle’; ‘Than’ in Armenia; in Bulgaria its called ‘Ayryan’ and it is ‘Ariani’ in Greece.

Ayran is often compared to our Indian Lassi and Chaas. But I find it quite different. Lassi can be both sweet and salty, where as Ayran is always salty. Lassi is also thicker, creamier and richer (it often has fruit puree, nuts and saffron added to it) than Ayran. Chaas, the spicy Indian Buttermilk is relatively closer to Ayran in taste, but it is way thinner than Ayran. 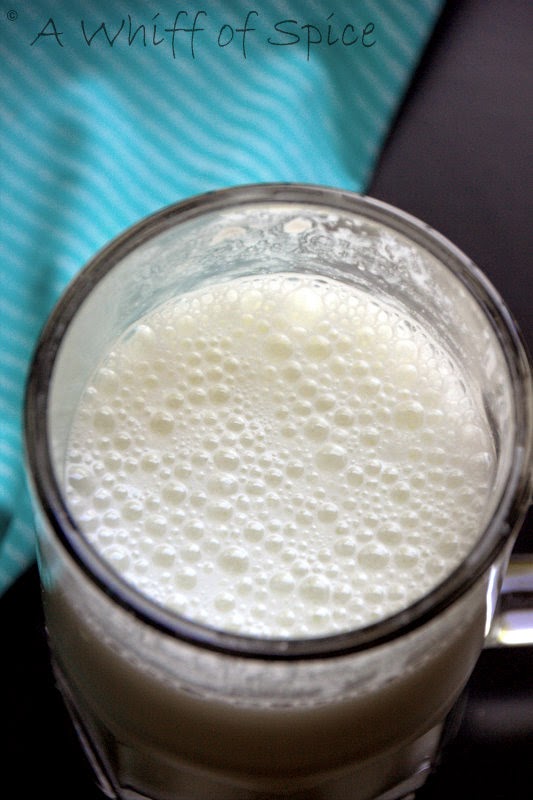 Ayran also has a cute froth on top which happens because of the mineral rich water that is in abundance in Turkey. Recreating the same froth at home here in the US is difficult. I tried to do the same with a milk frother, I got from IKEA, but with dismal results. The froth, thankfully, has no influence in the taste though. Ayran is almost an elixir for the parched souls in those hot arid desserts of the Middle East. It not only hydrates and refreshes but also supplies the body with vital nutrients and salt that is lost due to excessive sweating.  The Ayran also reminds me of the Bengali Ghol. The recipe is similar to that of Ayran, but since Sugar is engraved in every Bengali's DNA, our Ghol had copious quantities of sugar added.

Thick Creamy Lassi or Spicy Masala Chaas; Sweet Bengali Ghol or the Salty Turkish Ayran, whatever is your favorite, a huge mug of hydrating yogurt drink is the healthiest way to beat the summer heat! 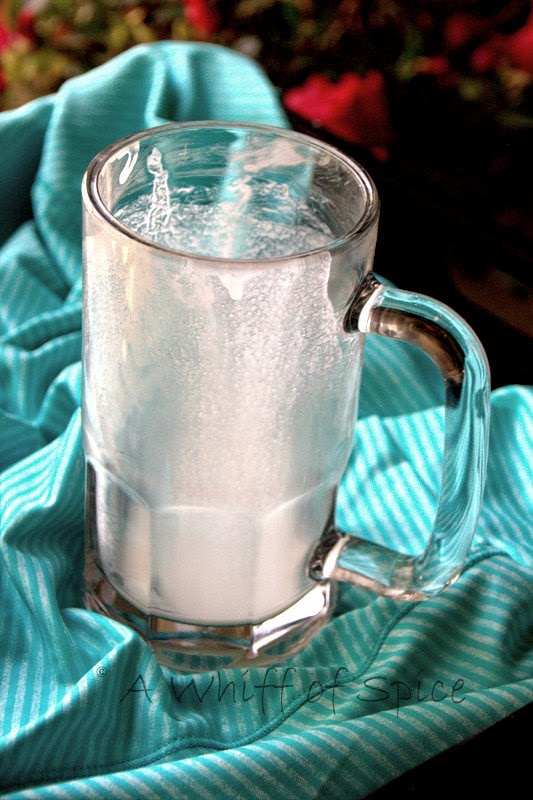 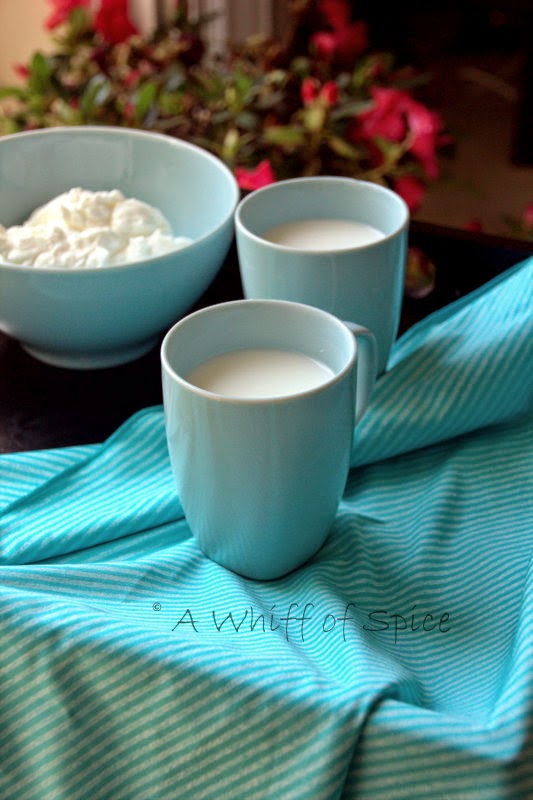