I was highly inspired by Saffron Trail's Eggless Savoury Muffins with Sun Dried Tomatoes, Cheese and Olives. So much so, that I instantly made it for breakfast that day and loved every bit of it. So did Sam. Going by the smell of it, Sid even rechristened the muffins as Pizza balls. 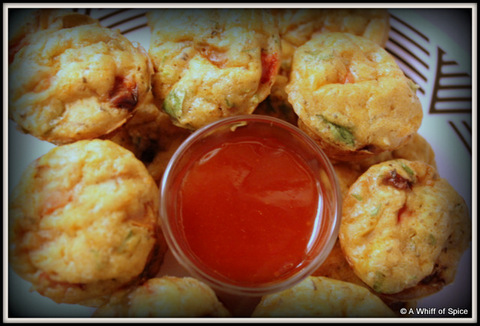 Excitingly, he took a bite and threw it and said "Yuccky!" and had a great expression to match! The lad was mightily disappointed. There was nothing wrong with the original recipe, but with my tweaked version. The original recipe calls for mild cheddar or Amul cheese cubes. Both child friendly varieties. I, on the other-hand had used a medley of Three Cheeses: Asiago, Emmi Swiss and Fontina. Asiago, is a hard cheese with a rind and has a characteristic tangy flavor and a strong scent. Most kids are not too fond of it and the same goes for Sid. Though my Three Cheese Three Pepper Savoury Muffin Pops were delicious, they were not kid friendly. The cheesy blend were too overpowering.

Next time I made these muffins were a week later, using the same recipe but with  only mild Cheddar and creamy Fontina cheese instead of the Three Cheese blend. The muffins disappeared within in minutes and Sid began to demand it every week. I have renamed them Cheesy Popovers, because they look like popovers and are soo cheesy. The Fontina cheese on baking becomes gooey almost like mozzarella, but less stringy. I have used a medley of bell pepper in all available colors. Once I chopped the bell peppers, that looked likes cute confettis. So my Cheesy Savory Muffins becomes Cheesy Popovers with Pepper Confetti - sounds exotic huh?
Here how I did it: 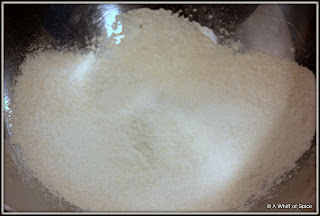 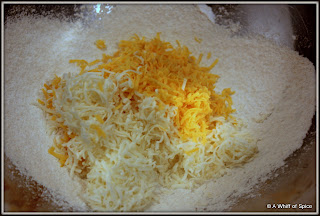 Now add the cheese. I have used a combination of mild Cheddar and sweet creamy Fontina cheese. I kept the cheese mild, because that's the way Sid likes it. You can use any cheese you prefer. 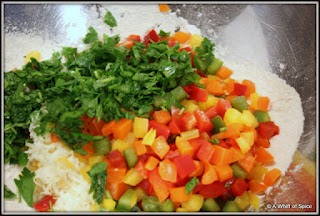 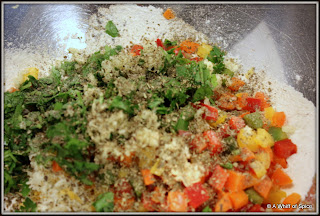 Finally add the Italian Seasoning and black pepper and mix it well so that the peppers and the parsley is well coated with flour, to avoid sinking. 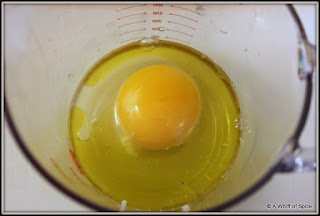 Next in a measuring cup add an egg and 2 tbsp of Olive Oil and whisk it together. 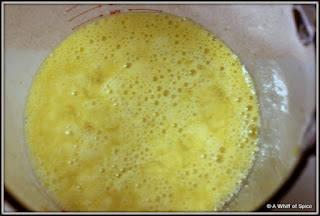 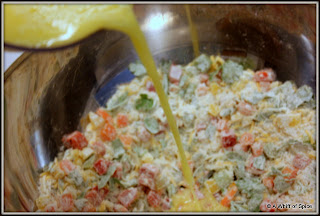 Add the eggy liquid mix to the dry ingredients. 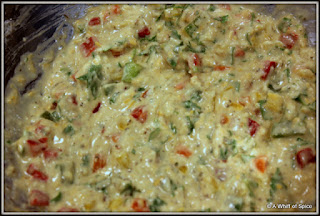 And mix until just incorporated. 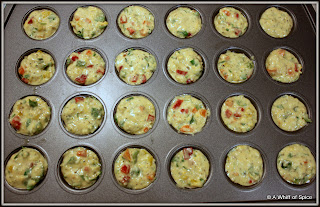 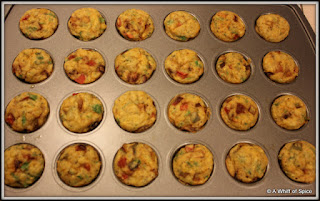 And comes out golden and fluffy and incredibly delicious. 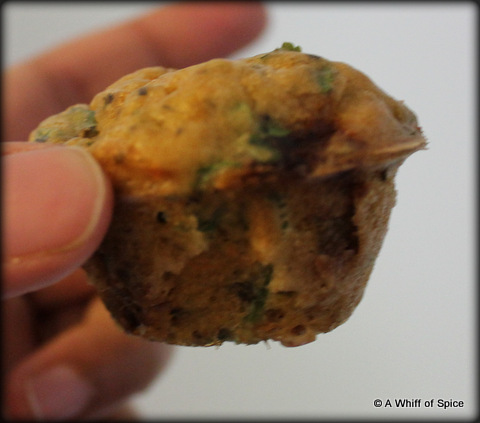