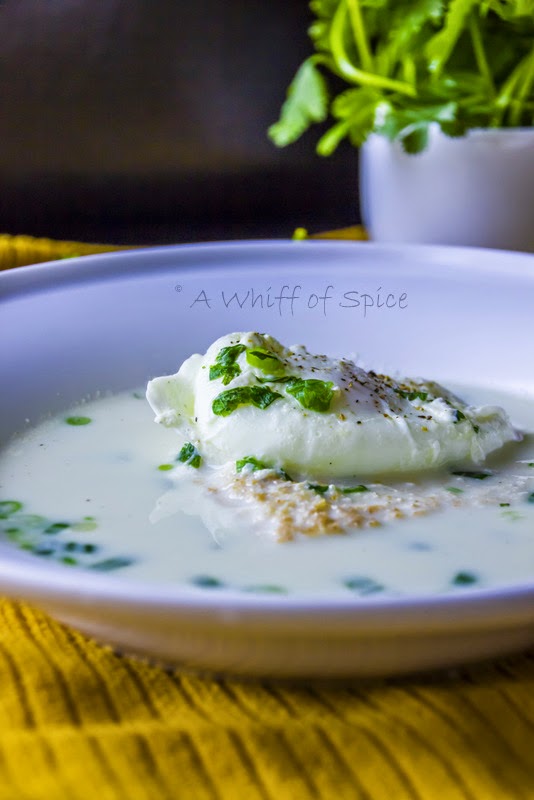 This is weird. Even by my standard.

A couple of weeks ago, I didn't even know the name Changua.
And now, thanks to the generous Jordan and her Shared Meal, I can safely say that it is quickly becoming a new breakfast favorite, especially on weekends.

Jordan describes Changua as "odd and still, strangely wonderful to me!" But for me, it was drool worthy from the word go.

I mean, we are talking Eggs and Milk here. Aren't they the Romeo-Juliet (without the tragic ending, of course) of the breakfast world? 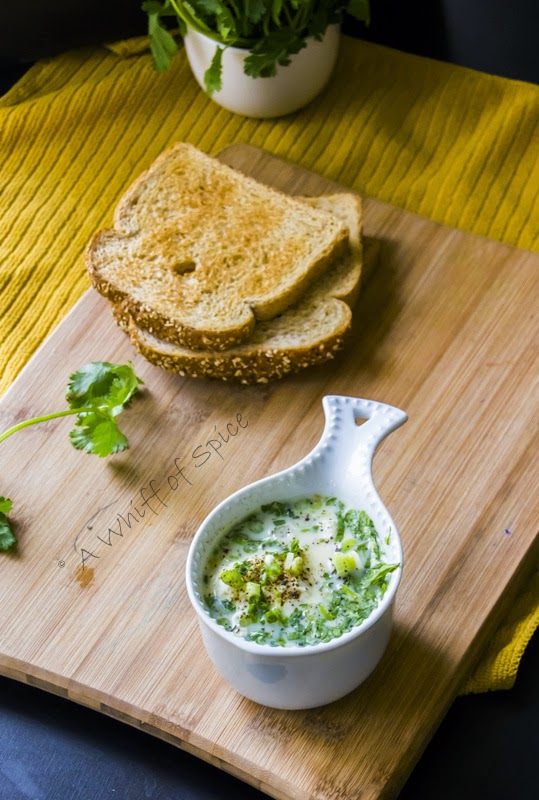 Apart from sounding exotic and fancy, what is Changua?

It is a hearty "milk and egg" breakfast soup from  central Andes region of Colombia. A mixture of equal amounts of water and milk is heated with a dash of salt and pepper. Once it comes to a boil, one egg per serving is cracked into the pot without breaking the yolk. It is allowed to cook for about a minute whilst covered. The soup is served in a bowl, garnished with scallions, cilantro and a piece of stale bread called "Calado" which gets softens in the Changua. (From Wiki) 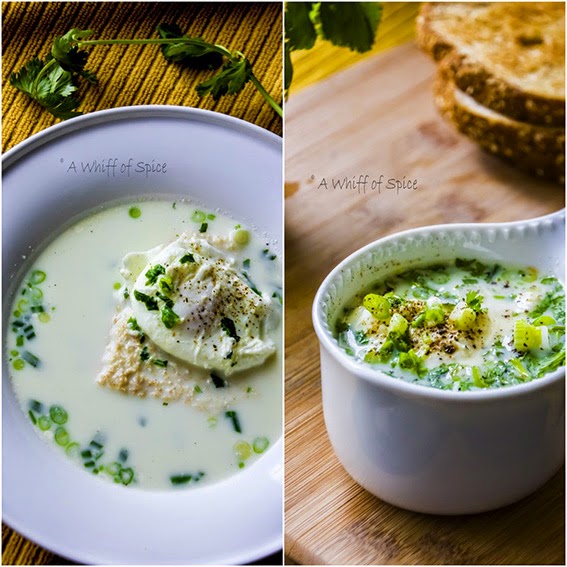 
I did not grow up having Changua. Even in my wildest dreams, I never thought of adding salt and pepper to milk. This dish challenges my convention, but still it is so strangely comforting and nurturing. Did I mention it is divinely delicious too?

You guys must give it a try!