It's that time of Year again!

Err... I am not talking about Christmas...

Yup! Christmas is almost here and so are the jolly spirits.  I have put up my tree, baked fruit cakes, bought gifts and prepared goody bags. Christmas is taken care of.

Now lets talk about another deliciousness that winter brings - Soups!

The only thing that keeps me going through the winters, is the thought of my kitchen, all warm and toasty, with me stirring my soup pot and feeling like a true blue Cancerian woman straight out of Linda Goodman's book! 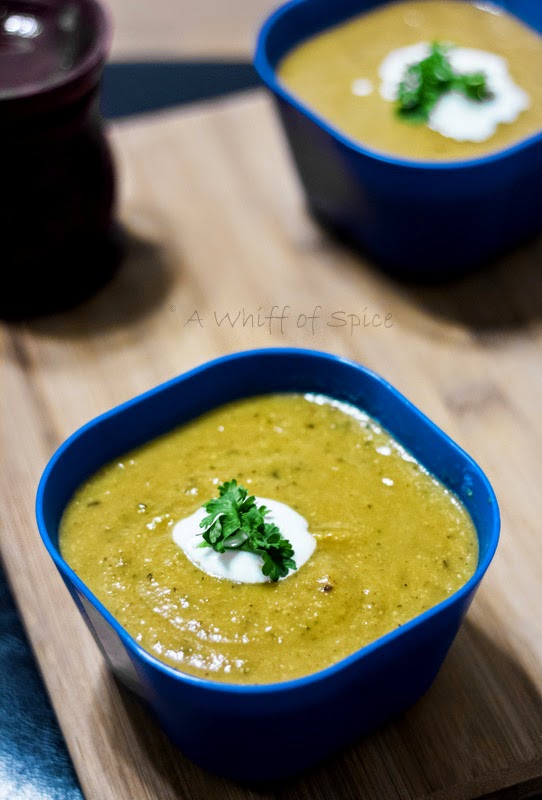 This year I have gifted myself a Kitchen Aid Immersion Blender, way back in early November because they were on sale in Costco at a ridiculous price of $25... Yeah! you read it correct. A 3 speed Kitchen Aid Immersion bender with chopping and whisking attachment at $25! That's an offer you need to grab with both hands and feet, if required!

Armed with a new convenience tool, I marched ahead with gusto into the relatively uncharted territory of blended soups. And as expected I was bowled over by the simplicity, convenience and creamy deliciousness of these velvety soups.

So presenting the sunny, velvety and mildly nutty soup resonating the summer, that I so dearly miss -  Roasted Zucchini and Yellow Summer Squash Soup. 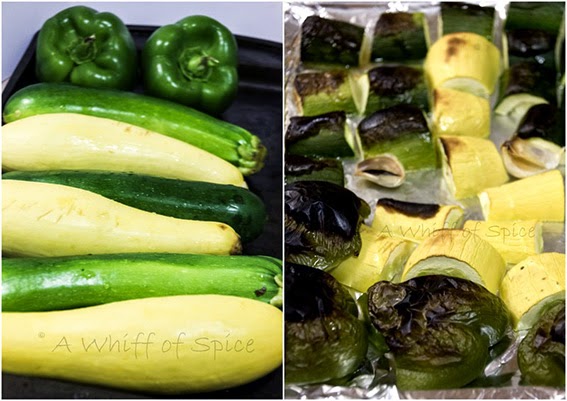 Truth be told, I had my reservations abut this soup. Though I love Zucchini and Summer Squash, the prospect of blending them into a baby food consistency is hardly appeasing and hardly gourmet. Chanting the mantra, "We gotta try new food 'cause it might taste good" in a very Daniel Tiger-ish  way I prepped up the oven to roast my favorite summer veggies. As I whirred my immersion blender in the pool of chicken stock and big chunks of tender veggies, it slowly melted away into a puddle of creamy goodness.  I could feel my inhibitions ebbing way. 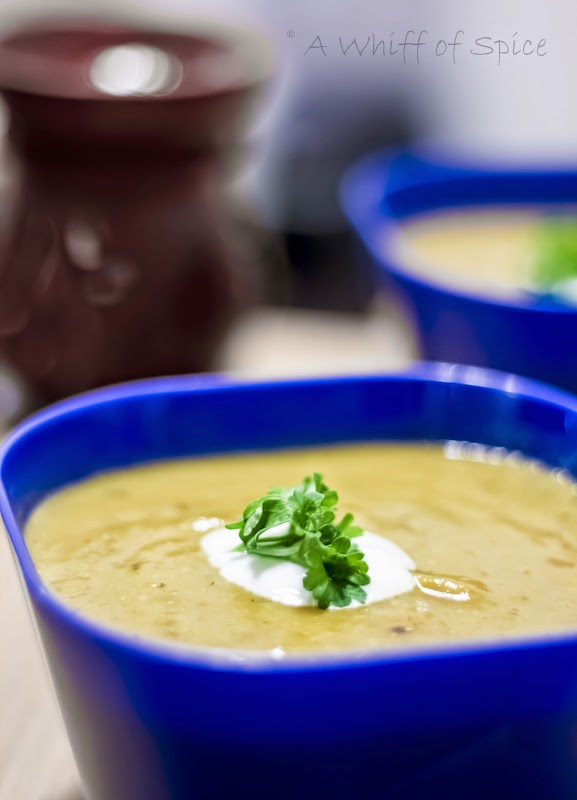 Of late , I have been scrounging the Pinterest, for a lot of vegetarian and vegan ideas. I like how the Vegans explore unconventional ingredients to work around their dietary restrictions. I am always amazed. Recently I saw the the use of cashew milk to thicken the soup instead of heavy cream. We have been thickening our Indian gravies with cashew pastes for centuries now. But it was the first time, I heard cashews being used to thicken a soup. Naturally, I was intrigued.

Cashew milk is just cashews softened in warm water and then blended with little water into a smooth paste. The Roasted Zucchini and Yellow Summer Squash Soup was pretty thick in itself and did not need any thickener. But I was dying to try the cashew milk tip. The cashew milk adds a delicious nuttiness to the soup and I wonder if I can ever make this soup without the cashews anymore.

P.S: The best part of this soup was that, after staring at the soup suspiciously for few moments and asking me a zillion question, Sid drank it to the last drop and declared it the best soup till date!