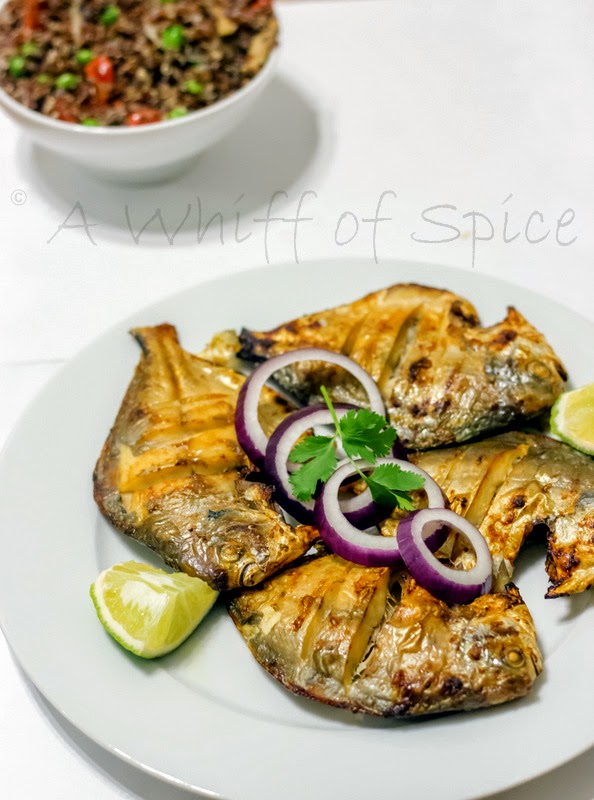 2014 is over. We still have few hours to go but some parts have already welcomed 2015 with open arms

For us, it was mostly a good year with memories to last a lifetime. Like always we had our share of apprehensions, uncertainly, tears and despairs but it was also speckled with faith, hope, love and laughter.
Hope 2015 brings the same joy, love, health and prosperity to everyone.

A very Happy New Year to all of you!!!

Growing up, my parents always ensured that all happy occasions are duly celebrated. Be it anniversaries or birthdays or Durga Puja, Christmas or New Year's eve, everything was celebrated with gusto and enthusiasm.  One of the things I used to look forward was the New Year's Eve party.

Back then New Years Eve celebration did not mean crazy partying. It did not mean cakes and champagne.
It meant warms get-togethers with my huge gang of cousins, laughing and giggling, sharing secrets, a lot of "cross my heart and hope to die", innocent fights.
It also meant watching the 7 PM news for the round up of the "year that was" and taking notes because we had to write an essay the following day.
It meant watching  the cultural extravaganza on TV.
It meant food galore, with every aunt dishing out their special recipes.
It meant my uncles and dad drinking alcohol and us queuing for a bite of the delectable spread of munchies laid in front of them.

As I pen-down these nostalgic thoughts, I can almost hear the clatter and din from the kitchen, smell the heavy air laced with spices, deep frying and booze, feel the warm embrace of my cousins! And all it is doing right now is making my heart heavy and welling up my eyes. I cannot thanks my parents enough for giving me such memories to cherish. 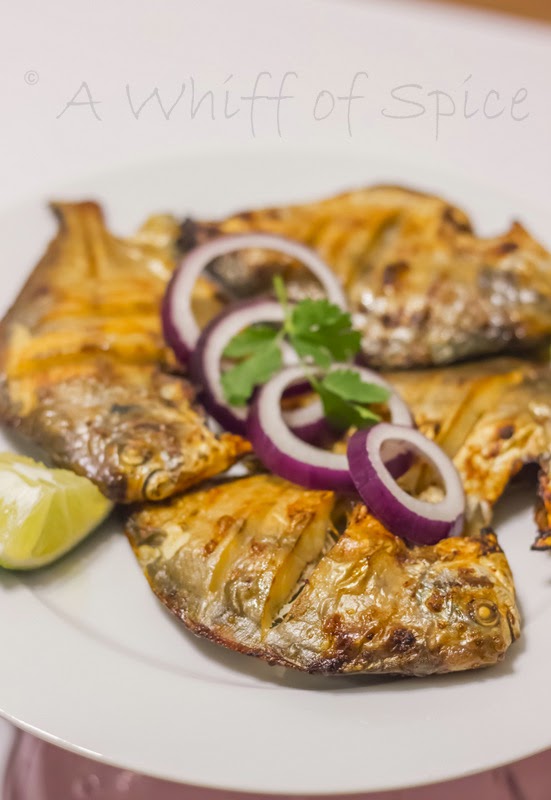 The highlight of our New Year's Eve party was always the snacks and munchies that used to accompany the booze. I guess even for the guys (read: my uncles and Dad), the paraphernalia was more important than the actual alcohol. And one thing that was most requested was my Mum's Pomfret Fry. 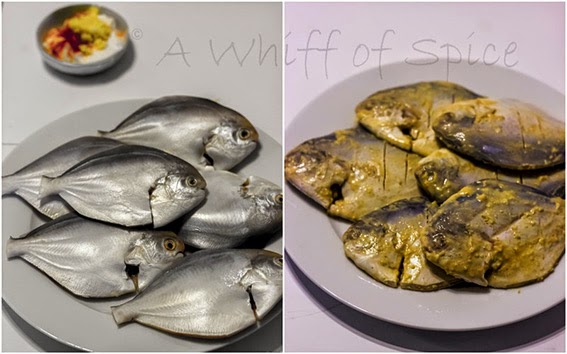 Pomfret is a very popular fish and widely available fish in India, especially in the coastal towns and cities. Pomfret recipes vary depending on the region, viz, southern, western and eastern. There are mainly three kinds of Pomfret available in India: The White or the Silver Pomfret, the Black Pomfret and the Chinese or the Golden Pomfret. I have always preferred the White/ Silver variety for its very delicate and mildly sweet flavors.

My family prefers fresh water sweet fish for their regular curries. Pomfret, which is a sea water fish was reserved for special occasions. Though gravy dishes for Pomfret exists in Bengali cuisine, it was mainly Pomfret Fry, that was done in my house.  Later, when my mum got herself an oven, she used to grill it. 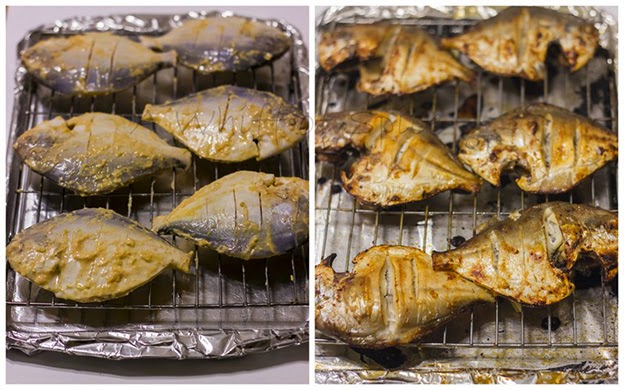 Both her Fried and the Grilled version had more or less the same marinade. Tangy yogurt was the base with ginger, garlic and red chili powder providing the heat and flavor. The addition of Tandoori masala was optional. Sometimes she did, and sometimes she skipped. My mom had an aversion to food color and rarely used it in her cooking. Hence her Promfret fry were never fiercely red, like the zillion pics you see on the internet. I guess I have inherited that gene.

I have tried to be true to her recipe. The only thing I did differently was to cook it in the oven instead of frying it. In case you want to fry it, here is a little tip from my Mommy. Just before frying, dredge the fish with a light coating of cornstarch (cornflour). This will ensure a crispy, golden crust and the fish will not splutter too much in the oil. 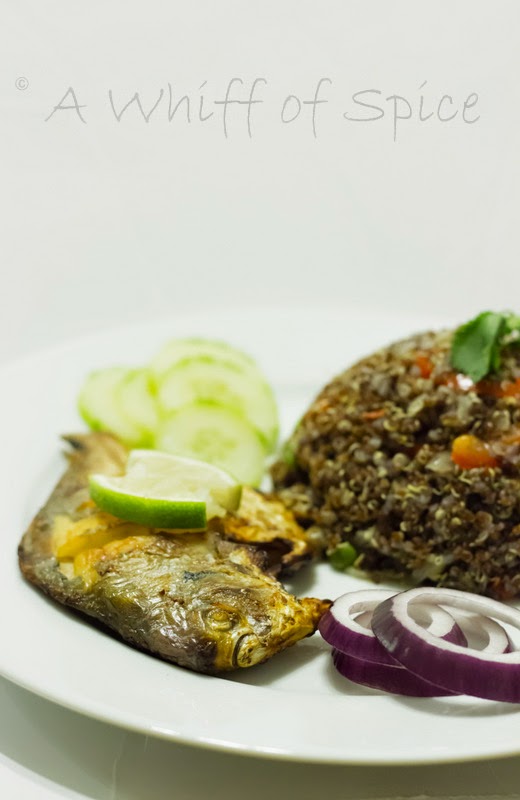