Vegetable Soup to Soothe your Body and Soul 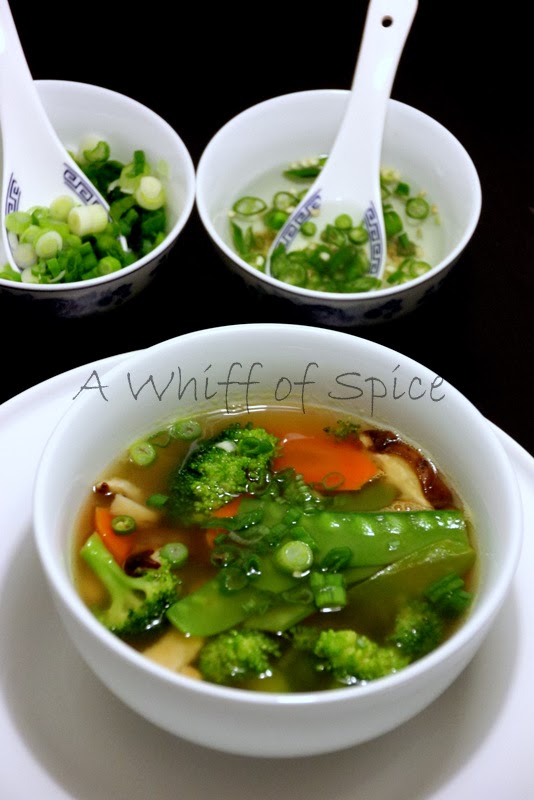 As much as I love my neighborhood Chinese restaurant Szechuan House, I hate it even more because its closed on Sundays. My Monday Blues sets in from Sunday afternoon. And nothing can be more uplifting for my spirits than a bowl of piping hot Chinese Vegetable Soup from that very restaurant. How I wish they would be open on Sundays too!!!

I have told you that I love Japanese food. And Mediterranean. And Italian. Not to forget Mexican, Lebanese, American, Middle Eastern, etc.etc.etc... But honestly the only food that comes closest to my heart apart form my own Indian food is Chinese Food. Indian-Chinese to be precise. Its like my soul food. I have grown up loving that kind of food the most. Its actually more Indian than Chinese but that's its main charm. Read more on this beautiful fusion cuisine here. 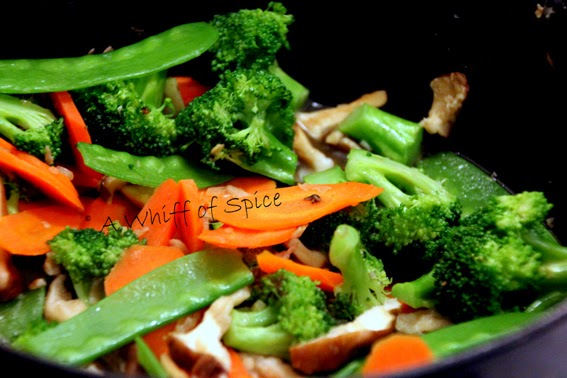 When I first landed in the US, I was mighty disappointed with the taste of Chinese food here. But I realized that like the Chinese immigrants in India tailor made their cuisine to suite the Indian palate, the American Chinese did exactly the same thing. They sweetened up everything and mellowed the heat to suite the American palate.

The best part of having a Chinese restaurant within walking distance of your home is that you frequent it so often that you can actually have food made as per your specifications. Though its not an official review for Szechuan House, I must add that its one of the few Chinese eatery that offers a healthy 'All Steamed, No M.S.G, Oil, Or Corn Starch' options to. I totally dig into their Steamed Chicken and Shrimp with Vegetable served on a bed of brown rice. Another favorite is their broth based Chinese Vegetable Soup. Its a very light watery broth based soup loaded with vegetable. And when I says its loaded... its LOADED; it has broccoli, carrots, snow peas, two kinds of mushroom, bamboo shoots, water chestnuts and Napa cabbages. All the veggies are crunchy and the broth is very lightly flavored. It might be a bit bland for some, but I completely adore it. Its my comfort soup of sorts, especially when I am all stubbed up with cold and cough, which is most part of the year! 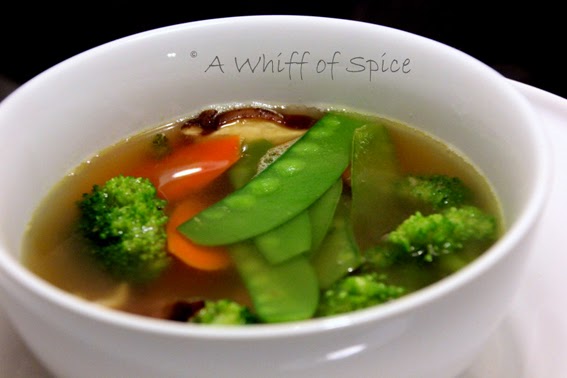 But every time I tried to recreate the same in my kitchen, it was a disaster. Somehow, my veggies never remained crisp, crunchy and vibrant. Even though I was pally with the chef, I still could not squeeze out any recipe out of him. But seeing my despair, he simply said, "don't boil the veggies in the broth". 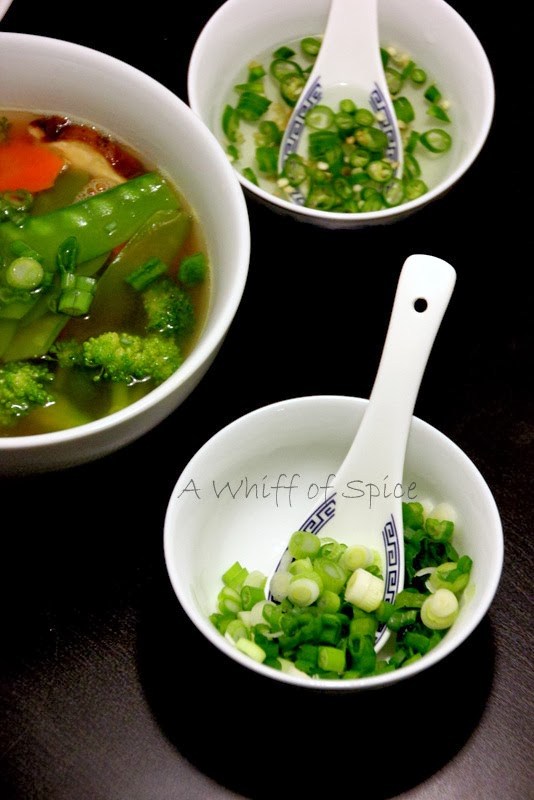 That did the trick, I just boiled the broth and sauteed the veggies separately and served them together. And voila!!! It was the exact taste that I craved for. The soup can feel a tad boring for some. But the addition of finely chopped scallion green and the kick from the vinegar chilies lifts up the soup to a whole new level. Other seasonings like crushed black pepper, soy sauce, fish sauce or chili oil can be added as per preferences.

This Soup tastes best with the freshest vegetables and with home-made vegetable or chicken stock. However, every time I have made this soup, I have used store bought organic chicken stock. Works just fine. And you can use whatever vegetable you have on hand right then.

Works wonders for your body and soul especially when you are all clogged up with the cold and flu. 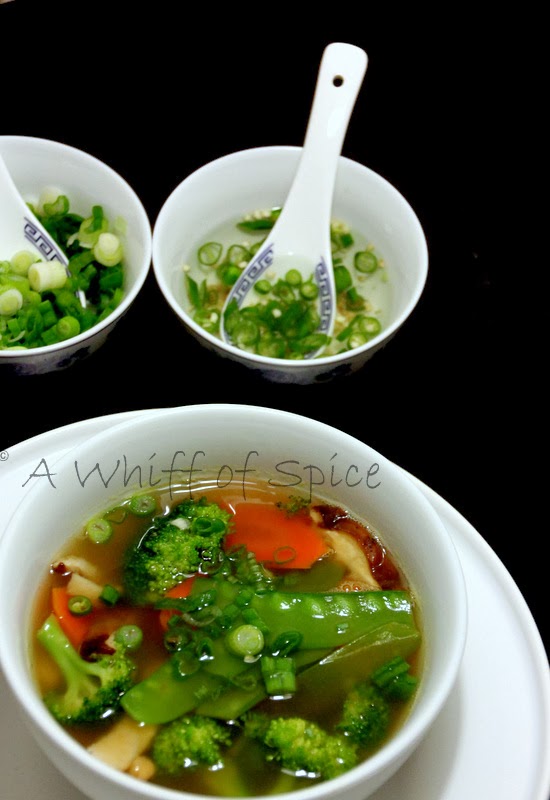