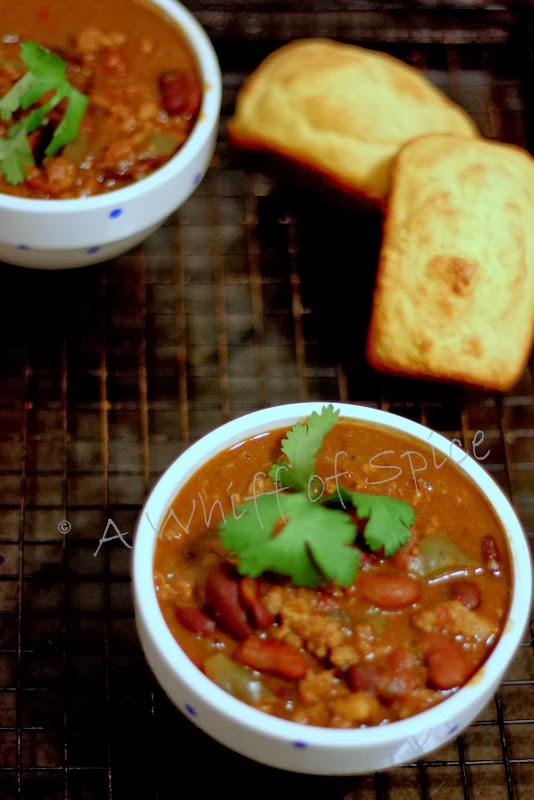 I cannot still understand why 'American Football' or simply 'Football' as its called in North America, is so called when there is no connection between the "foot" and the "ball" during the entire duration of the play. For me 'Football' will always mean 'Soccer' (where the the ball and the player's foot are together for major part of the game). Lil Sid will vehemently protest. I guess that's the 'generation gap' that I'll have to live with, for raising my kid continents apart from where I was raised.


Coming back to 'American Football' and the Super Bowl craze. I am sure everyone knows about 'Super Bowl' and its gripping 'fever'. But for the uninitiated, its "the annual championship game of the National Football League (NFL), the highest level of professional American football in the United States, culminating a season that begins in the late summer of the previous calendar year." (Source: Wiki) So the Super Bowl XLVIII, which was played on Feb 2, 2014 was the finale of the season that stared during late summer of 2013. 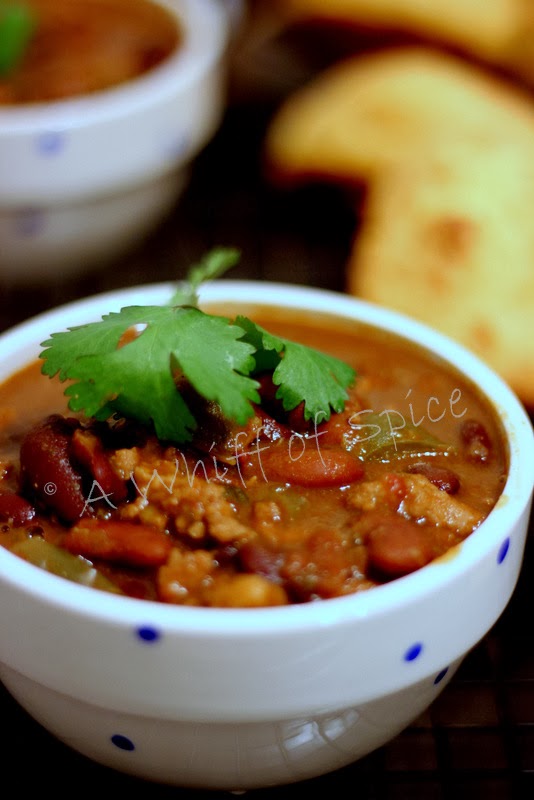 This year we were invited for a Super Bowl party at a friend's house. Our first. I was super excited. With my inbox flooded with chili recipes, I volunteered to bring some "Chicken Chili".

I feel Chicken Chili is just a Tex-Mex cousin of our own 'Keema-Rajma' (Indian style ground chicken and kidney bean curry). The spices are pretty much similar, though the cooking process is a little different. Thought I  have made 'Keema-Chole' and 'Keema Rajma' many times, I was a little skeptical of how the Tex-Mex version would turn out. 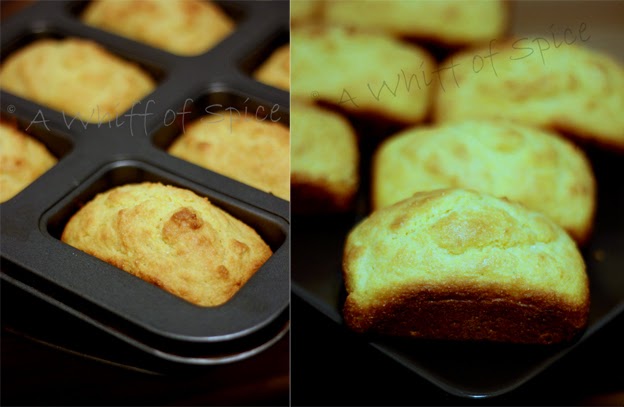 So I decides to make it one night for dinner and it would also be a 'Dry-Run' for the Super Bowl party the following weekend. It turned out to be fabulous. The best thing was that Sid also enjoyed it. He particularly loved the Corn Muffins that I made to go with the Chili. The combination of the Chili with the soft 'a little sweet-a little-savory' muffins was heavenly. The 8-cup rectangular muffin tin (also called mini loaf pans) was my Christmas gift last year and this provided the perfect opportunity to use it for the first time. The Corn Muffins really looked fancy. The recipe below would yield 12 standard muffins, but for me, it was only 8. 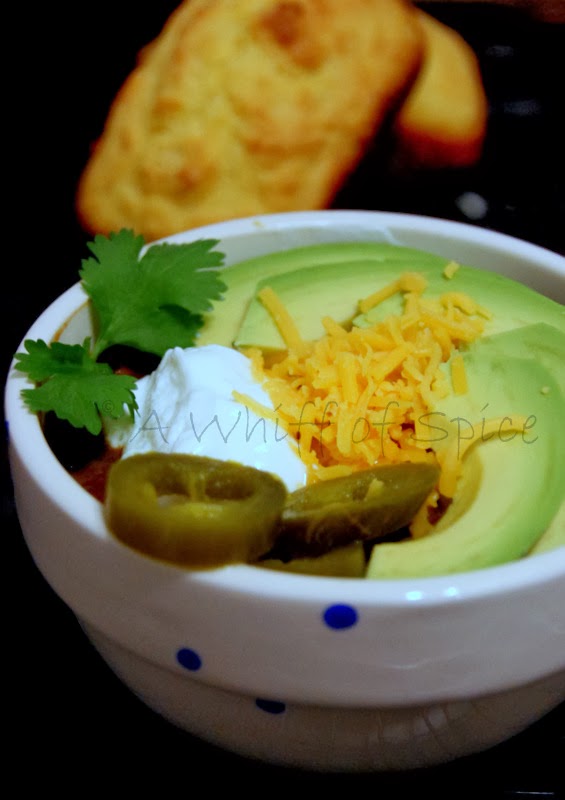 I have always felt like our Ghugni or Indian Chaats, the toppings that go on the chili are the real star that either make or break a good chili. The most common toppings are shredded cheese, sour cream, guacamole, tortilla chips, finely chopped scallions or chives. For our homely dinner me and Sam went with avocado slices, shredded sharp cheddar cheese, sliced pickled jalapeno (to make up for the lack of heat in the main chili) and a big dollop of Greek yogurt. Sid stuck to shredded cheese only. 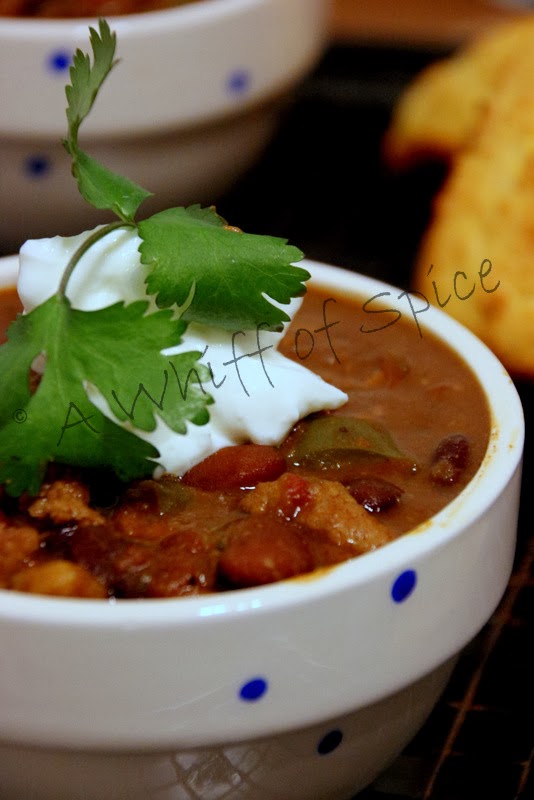