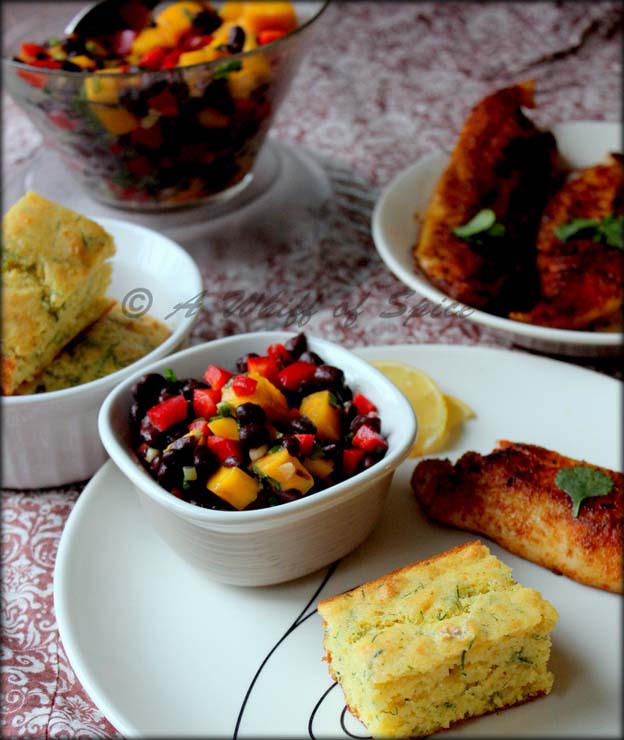 This was our dinner yesterday, on a gloomy rainy Monday - Pan Seared Baja Fish with Mango-Black Bean Salsa and a piece of Dill-Buttermilk Cornbread.

I have an uncanny knack of attuning my mood with the weather outside. My day started with a tea gone cold and a slightly burned toast. That set the tone. This was followed by a silly argument with a dear friend and a routine meltdown with my Mom. The rest of the day I spent sulking, sleeping on the couch and getting a shoulder sprain.

Around 5 PM, Sam called to say that he and Sid would be home in an hour and a realization dawned... there is no dinner! I just had some Tilapia loins thawing in the refrigerator from last night. Believe it or not, the entire spread that you see in the above pic was made in 45 mins flat. Yeah, the meal plan was in my mind, but for some other day. I was surprised that I could put together such an elaborate meal in such a short time.

First I made the salsa and stashed it in the fridge for the flavors to infuse. Then I marinated my fish loins with my Baja rub and let it hangout while I made the cornbread. The cornbread is a breeze to put together as it does not require vigorous mixing of ingredients nor use of complicated machinery. While the cornbread baked, I pan-seared the fish. As I clicked my last pic, I could hear hungry footsteps climbing the stairs! 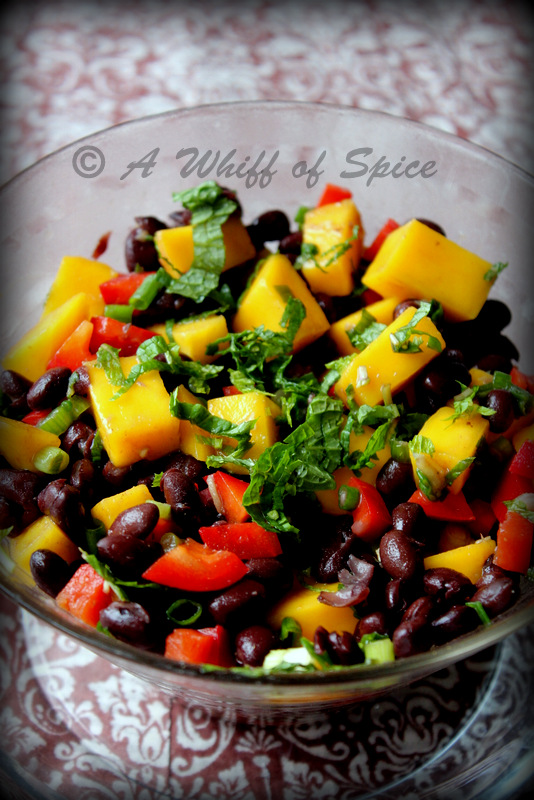 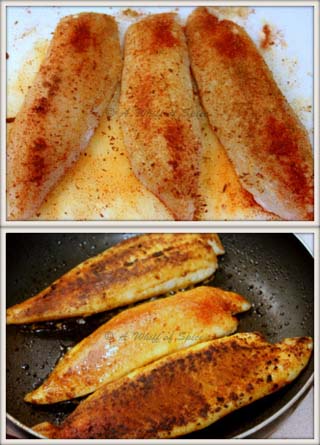 I first tasted the Baja Fish Tacos during our Chicago Trip. It tasted like condensed Macher Jhol (Fish Curry). For a Bengali, the everyday Macher Jhol is made with ada-jeere bata (cumin and ginger paste) and it was the same flavors that I could taste in that fish taco. On our return, I had made baked fish with a rub of cumin powder, ginger powder and red chili and called it my Baja Fish. 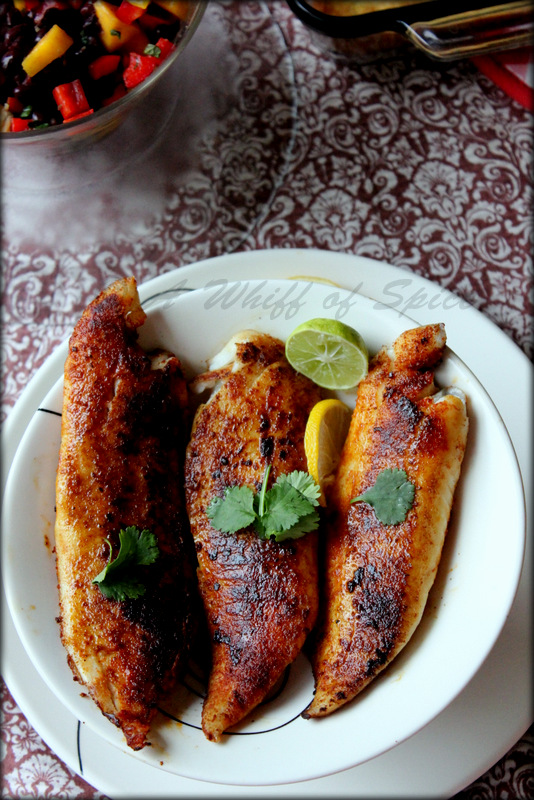 My dinner would have ended with the fish and the salsa, but not everybody in my life is on a low -carb diet. So I made this soft and moist cornbread to go with the fish and salsa. Sam loves cornbread. Its his favorite accompaniment with soups. To be honest, even I LOVE this corn bread and I did sneak in a tiny piece on my dinner plate. 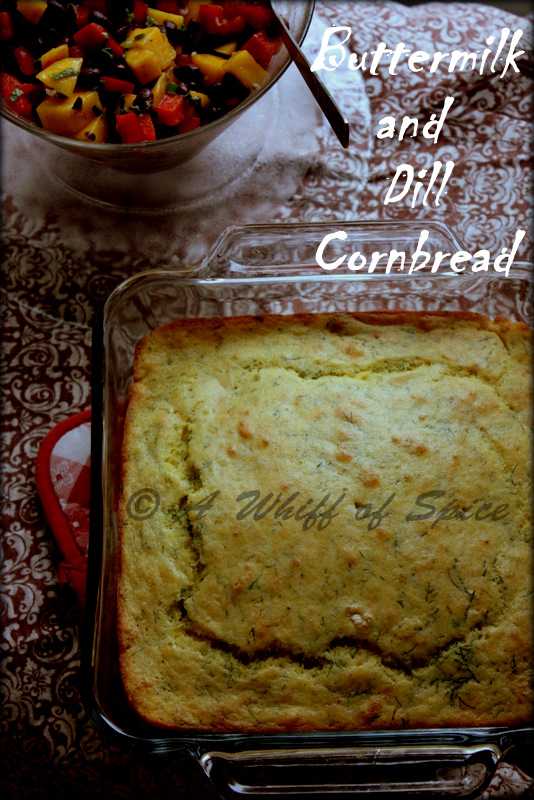 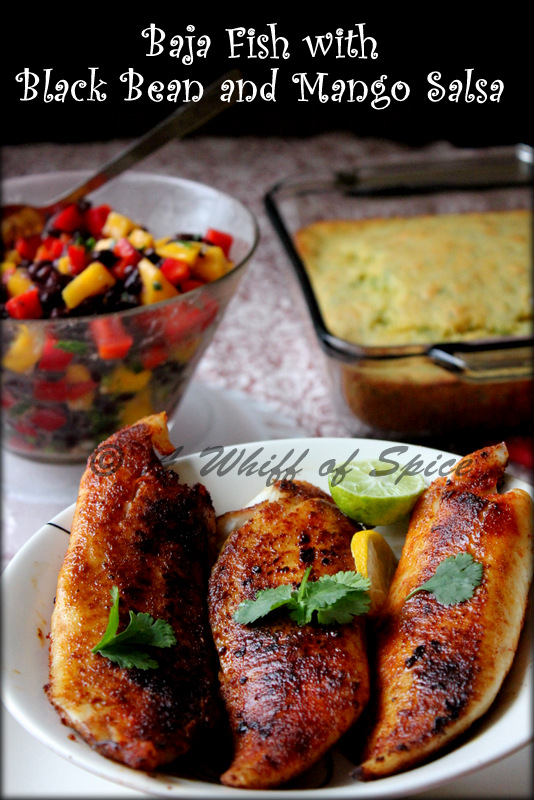 For a day that started on a bad note, this meal was the perfect way to end it. I made up with my friend later in the evening and as far as my Mom goes... well, she forgets and forgives and that's the best part of the mother-daughter relationship!