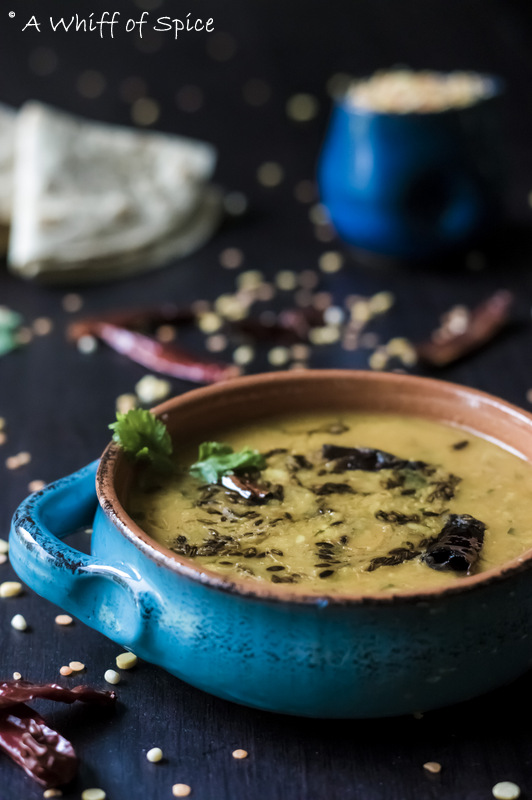 If you have been following the blog, you know how I love my Dals/Lentils. Thankfully, Sid has also inherited my my loved for Beans, Legumes and Lentils.

Dals/Lentils along with store bought tortilla and a simple salad of cucumbers and carrots have been my lifesaver many a weeknight, when I have been too busy or too tired to cook a full course dinner. 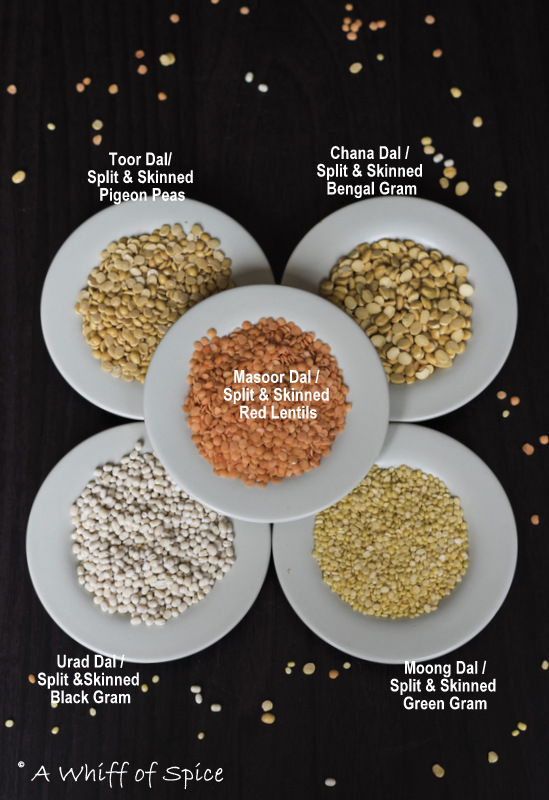 Panchmel Dal is a hearty lentil stew made of Five (Panch means FIVE in Hindi) different variety of Split and Skinned Lentils. Each lentil has its own unique taste and texture and nutritional profile. When all five of them comes together, it results in one hearty and wholesome stew, which is chock-full of nutrients. 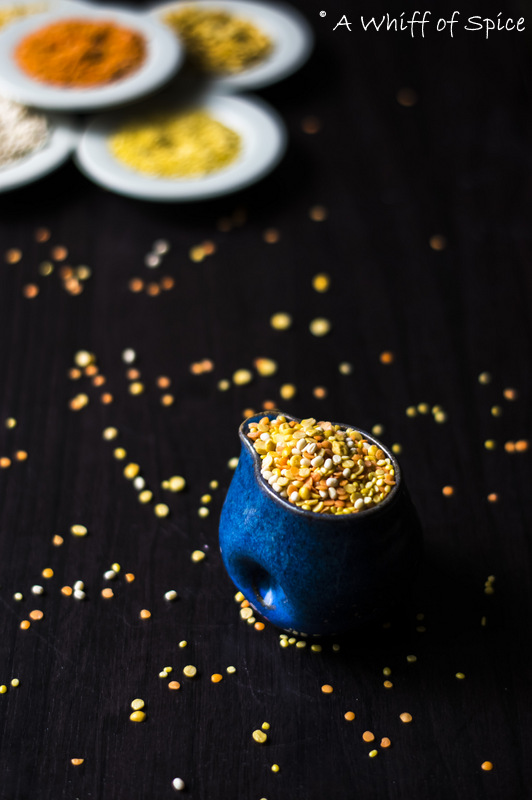 Growing up, Dals/Lentils was a staple in our home. We would have it everyday. Either, for lunch or dinner. Often for both. 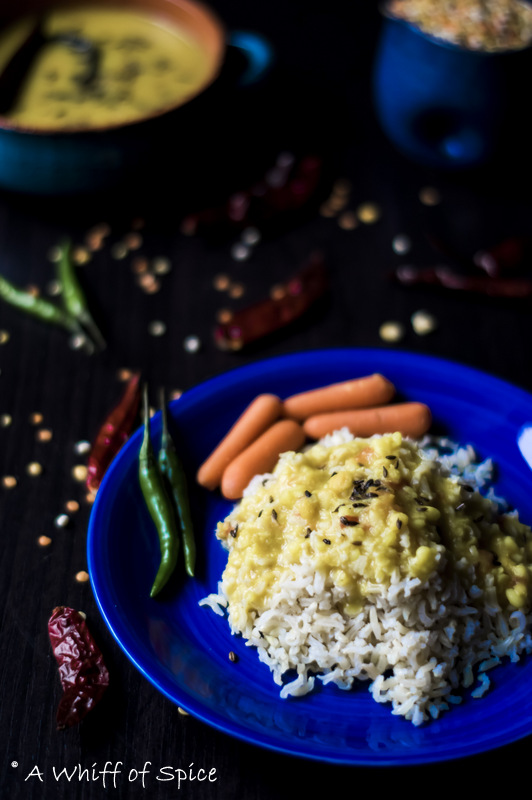 By the end of the month, often there would be a situation, where no single variety of dal would be sufficient enough to feed our 6 member family. Mom would then mix different variety of Dals/Lentils and play around with the tempering and come up with new variation every month. I loved those Mixed Dal/Lentil days. The taste and the texture would be so different from what we were used to. 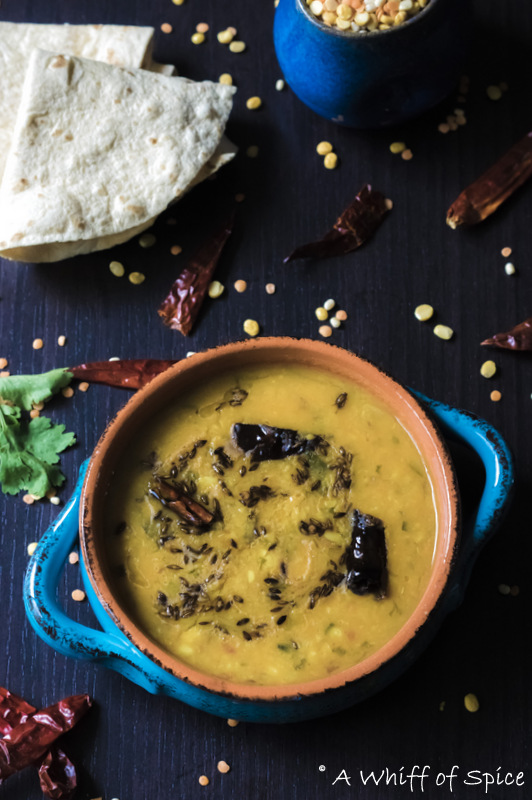 It was much later that I found out that Mom's Mixed Dal had a legitimate name. It is called Panchmel Dal, which literally means "medley of FiVE different lentils" and is native of Rajasthan. But I'm sure every state in India has their own version of this Dal.

The authentic Rajasthani Panchmel Dal is rich. It is thick, and heavily spiced with cardamom, cinnamon, cumin and coriander and mainly cooked in Ghee. Lots and lots of Ghee.

My version of the dal is thick, cozy and comforting too. But instead of going the Garam Masala (cardamon, cinnamon, cloves) route, I rely heavily on another amazing aromatic called Hing (Asafoetida) to perfume this dal. When combined with cumin seeds, red chilies, ginger and a mellowed garlic flavor, it creates a unique aroma, which beautifully compliments the complex texture of this particular dal. 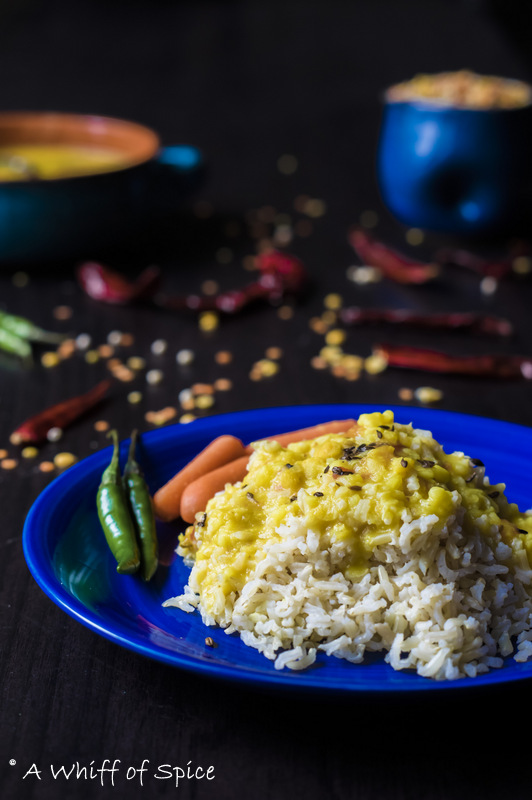 Here in Cincinnati, we do not have Dals/Lentils every day. Maybe once or twice a week. To be honest, for Sid and Sam, nothing comes close to their love for  Dal Makhni. Given a choice, they would like to have it every day. But this Panchmel Dal is well received too.

My little soup-o-holic treats it more like a soup than a Dal and loves dunking his crusty bread slices in it. Sour dough breads are his favorite.

And now here comes the recipe!