Getting my post ready for our "Ode to Summer" series is seriously becoming a challenge. Cincinnati is back to being chilly. It's middle of May and tonight we have a frost warning!

This entire week the temperature is going be really low. It will be pretty windy, with some scattered thunderstorms thrown in. I was just telling Cocoawind, that instead of "Ode to Summer", we should start a "Back to Winter" series!
~~~
However, back home in India, it's a whole different story altogether. This year has seen, one of the hottest summer in recent years.

Me and my mom, we have this ritualistic 15-minute conversation after Sid leaves for school, over cup of tea. Me with my second cup of the morning and she with her evening cuppa. The other day, when I was talking to her, she mentioned that it's so hot in Kolkata, that she had to forgo her evening cuppa.

Completely elated at being asked for recipe by my Mother, I gave her a pretty detailed one, complete with exact measurements and even few variation.

She called later to tell that she and my Aunt, who had dropped by for a visit, totally loved it. 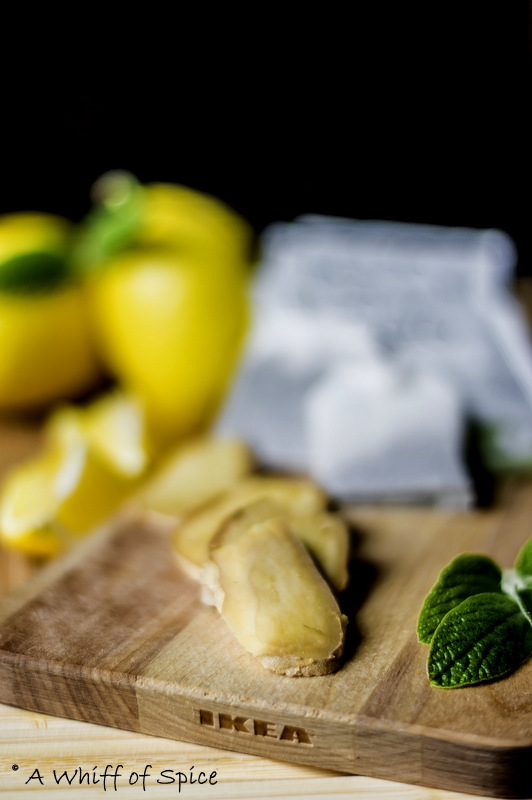 Tweaking each and every recipe, has become a compulsion of sorts. I even tweaked my own recipe!

Mom made it with black Assam tea. I had to use Green Tea.

I asked her to add just Lemon Juice and Honey. But then, I decided to amp up the flavor of regular plain Green Tea by infusing it with some zesty Ginger and fragrant Mint Leaves.

Also, I increased the quantity of Lemon Juice. As a result, the tea has a distinct tang and a lemony flavor, prominent enough, to be called Lemonade! 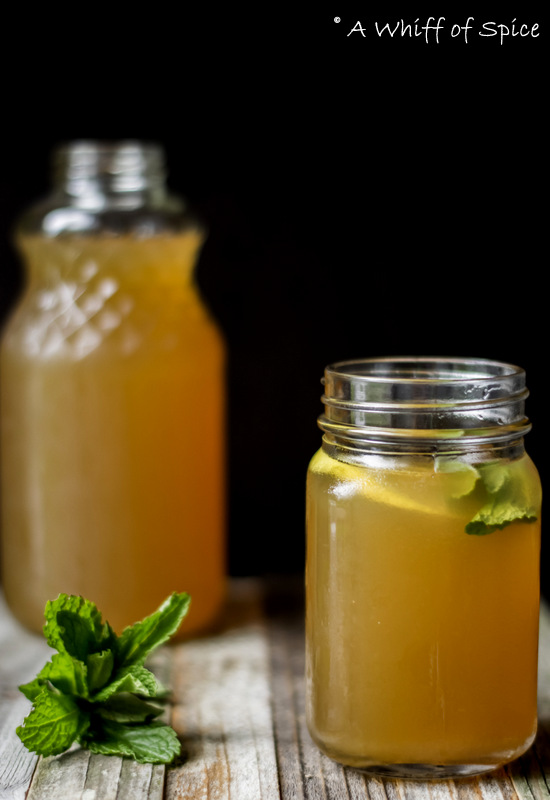 "The Iced Tea was pretty good. Do put it on your Blog", Mom told me, later in the day.

I couldn't have been happier. Talk about role reversal!

I'm so glad that she loved it.

And even thought we were not ready for Iced Tea just yet, Sam and me loved this version of Iced Green Tea Lemonade with Ginger and Mint. We cannot wait for summer to arrive and sip on this refreshing drink after hike or a bike ride.