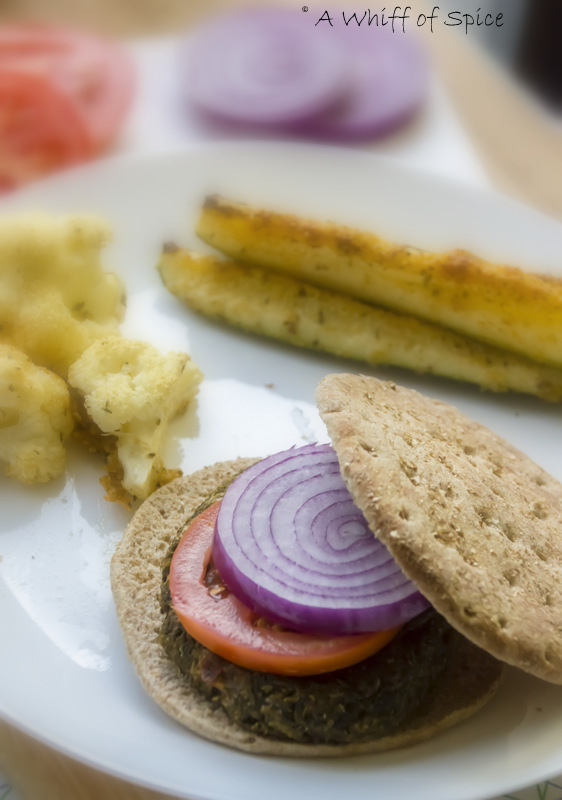 My carnivore family never ceases to surprise me. While they salivate at the mere mention of meat or fish, they are equally happy chomping down veggies. Surprisingly, when it comes to burgers, both the dad and  his son prefers veggie burgers as opposed to meaty ones. Specially,when it's homemade. It might also stem from the fact that I invariably overcook my meat patties, making them dry and flavorless. But the bottom line is all three of us love... love... love a good veggie burger.

And we also love the word 'LOVE'. We say it often.

Our love affair with veggie burgers stated by sampling at Costco. We have had horrid experience with veggie burgers in the past. I am taking about the soy variety, where they try too hard to mimic the meat texture, resulting in a funny tasting junk, which does no good to your body, despite having the word 'Soy' listed as a key ingredient. I once had a black bean burger at Chilies which was too dry. I literally had to sip my drink after every bite to swallow. So honestly, I had my reservations about veggie burgers. But of late, the market is swamped with some really good choices. Personally, I love Dr. Praegers brand of veggie burger. And this particular recipe was inspired by my favorite Kale Veggie Burgers from Dr. Praegers. 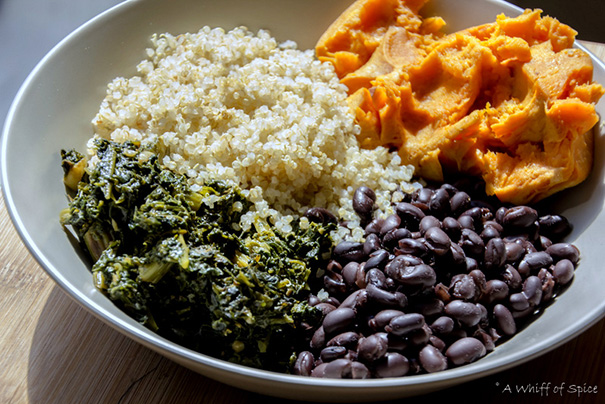 Technically, this burger should be called Black Bean, Quinoa, Kale and Sweet Potato Burger. But just look at the ingredients. Protein rich black bean and quinoa. Complex carbohydrates too. Antioxidants and flavonoids and host of other vitamins and nutrients from kale and sweet potatoes.

Doesn't it deserve to be called The Superfood Burger!!! 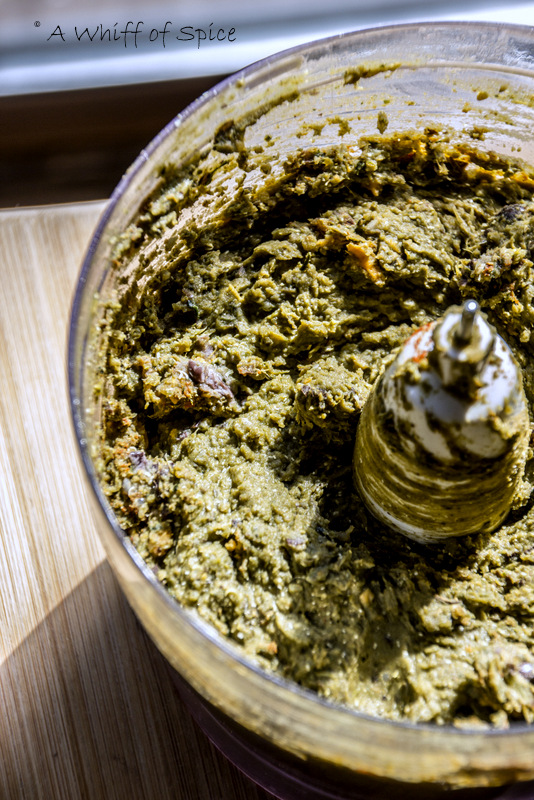 My pet peeve with most veggie burger, especially those having beans as the base, is that they are tad dry. While researching for my Tofu Burgers, I found that if you sweat your veggies with seasonings before mixing, it provides the much needed moisture. So instead of simply adding the chopped kale, I sauteed it with garlic, before mixing with the mashed beans. 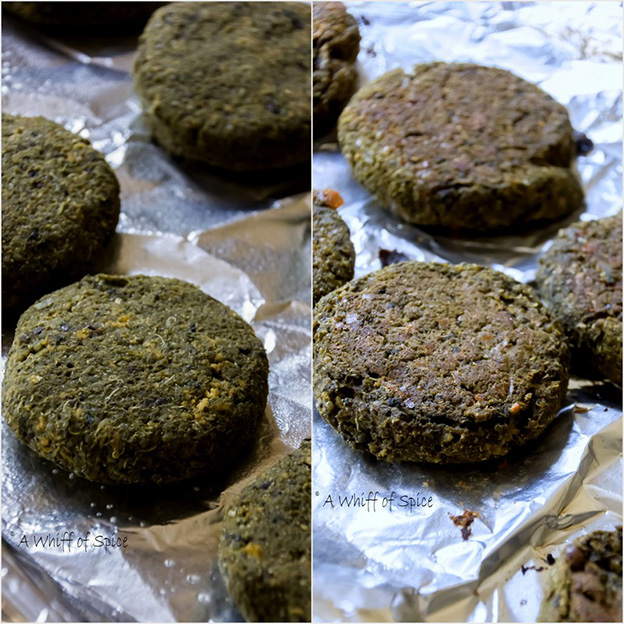 The black beans provides the structure for this burger, while quinoa acts as the binder. Kale along with garlic, cumin, smoked paprika are the flavor enhancers. Sweet potatoes brings in smoky sweetness and  softness to the burger, making it absolute melt in the mouth. I was worried, that like any other bean based burger, this one might turn out dry. 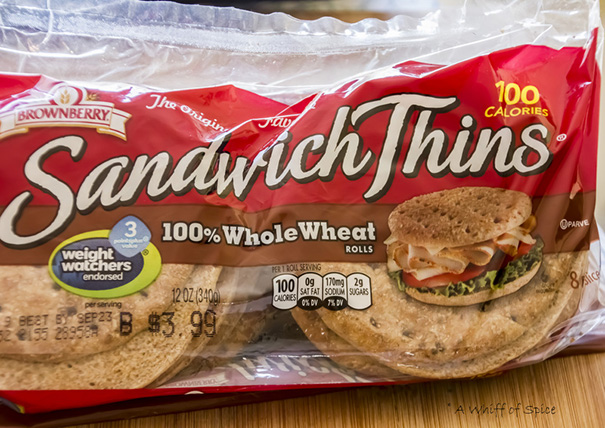 Whats the next best thing that happened in the bread world, after sliced bread???
Sandwich Thins!
Especially for carb counting diabetic like me.

Now for a diabetic, a healthy, low carb - low calorie burger meal can quickly become a carb heavy because of the bun. Portabella mushroom, lettuce caps and even beefsteak tomatoes have often replaced traditional buns for a low carb, diabetic friendly, burger meal. And they work great and are delicious too, especially grilled Portabella caps. But I prefer these swaps for lunch. They do not make me feel heavy. But come dinner, I crave for comfort of the carbs. I just cannot eat a burger patty wrapped in lettuce anymore. I need my carb fix.

These low carbs buns is my new best friend. They satisfy my carb craving, with out letting me go overboard. I like this particular brand, but there are others available too like Aunt Millie’s Slimwiches, Pepperidge Farm Deli Flats, which are equally delicious. 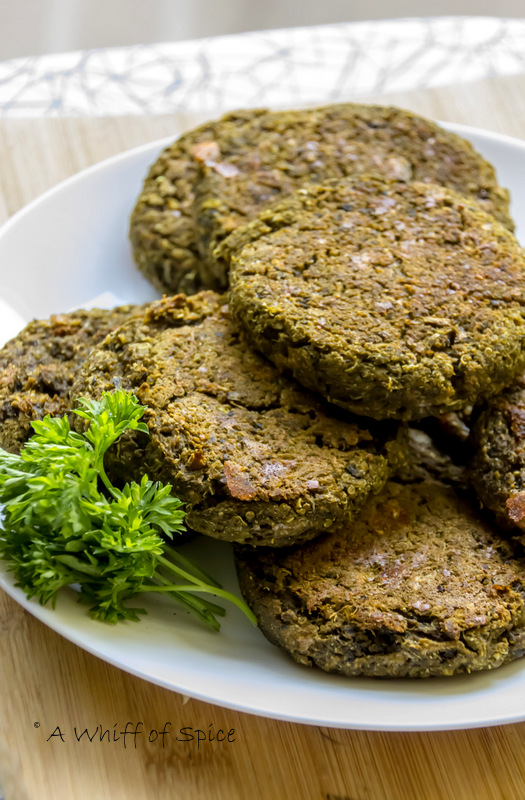 This recipe makes quite a bit. You can halve the recipe but since it freezes beautifully, I suggest making the entire batch. And do not restrict yourself to just burgers. With the same mix, you can make veggie 'meat' balls. Toss it in marinara sauce, serve it over whole wheat spaghetti with a light dusting of Parmesan.... Delish!

Or make small patties and either serve with a dipping sauce as appetizer, or stuff it in a pita pocket with lettuce, tomatoes and onions for a quick lunch. 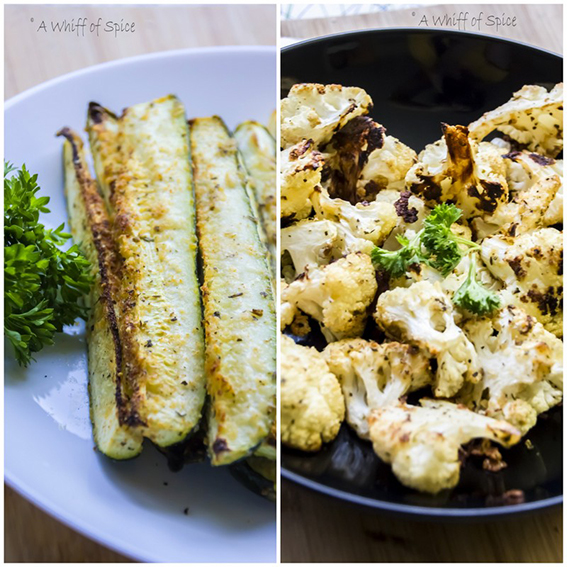 And since no burger dinner is complete without finger food, I made Oven Roasted Zucchini Spears and Popcorn Cauliflowers to munch on. Recipes for these will be on the blog soon....