The red-green-gold or the blue-silver decoration has given way to the orange-black in the supermarket aisles in and around Cincinnati. The Roaring Tiger graces every cap, jersey , sweatshirts, mugs and watches.

Yup! The Superbowl fever is here and its raging. The Cincinnati Bengals are on every conceivable merchandise.

Trivia: The Cincinnati Bengals are a professional American football franchise based in Cincinnati, Ohio. They are currently members of the North division of the American Football Conference (AFC) of the National Football League (NFL). Their home stadium is Paul Brown Stadium in Downtown Cincinnati. Their current head coach is Marvin Lewis. Their primary colors are orange and black. The team's official mascot is a Royal Bengal Tiger named Who Dey. 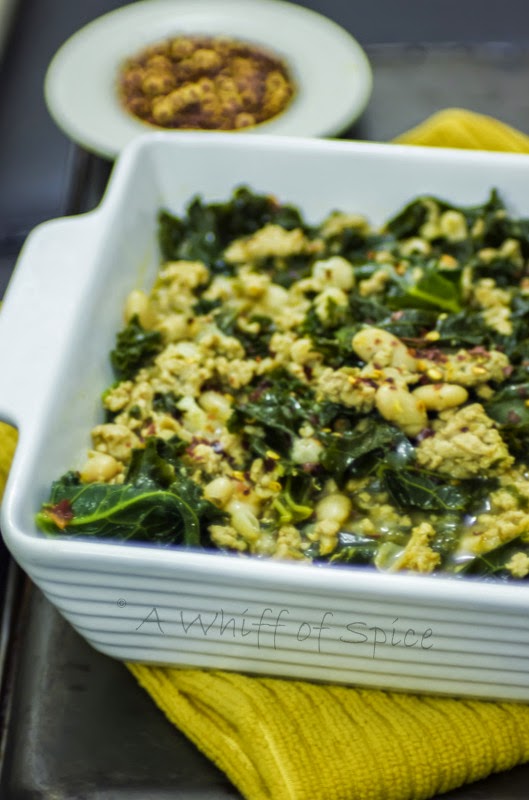 The ground chicken - red bean stew with chunky veggies; warm spices; the one that makes your house smell delicious; the one I promised to post more variation but never actually did...
Yup! That Chili!


I had bookmarked a number of recipes, variation of the basic chili that I made last year, but never actually got around making them. I had my heart set of Giada's White Bean and Chicken Chili, the moment I saw it and it was the right time to make a batch. 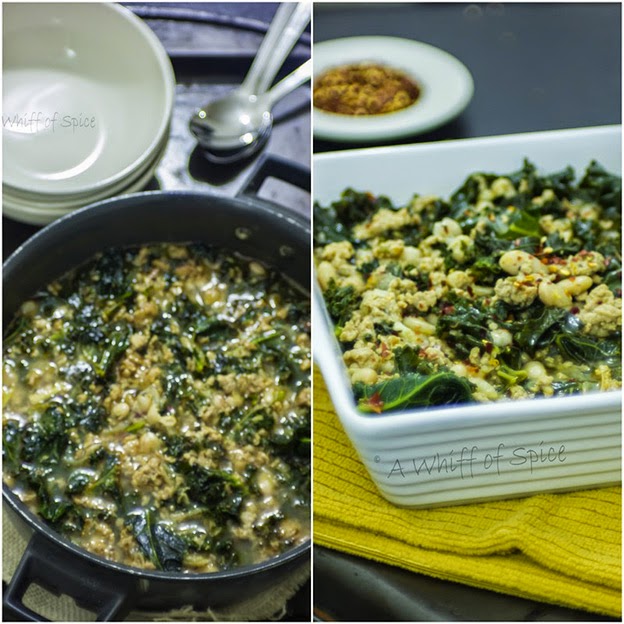 Now, I have to be true to my middle name. Its a compulsion.

Tweaking is my middle name and I really have a compulsion to prove every single time that it's not a misnomer. While Giada tried a Italian-Mexican combination using fennel and cumin together, I went with just Italian flavors. So not cumin or cilantro in my chili. Instead, I went with fennel (both seeds and powder), oregano and basil.

When you saute that ground chicken with fennel, garlic, basil and oregano.... Man! It smells like those Sweet Italian Sausage, both Sid and me are crazy about!

Also, I swapped Swiss Chard in favor of those gorgeous curly Kale. The original recipe calls for White/ Cannellini Beans. I used Pinto, because that was all I had in hand. 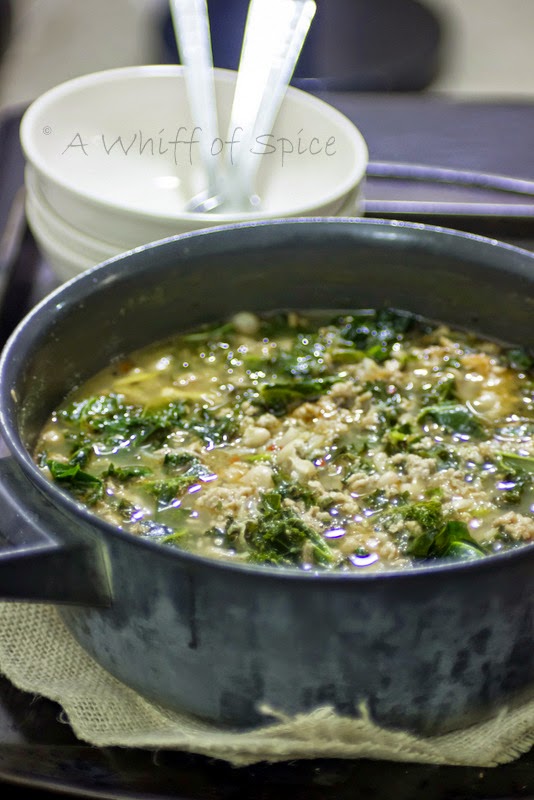 This Pinto Bean Chili with Chicken and Kale neither looks nor tastes like a classic Chili, but still packs a punch. It is incredibly flavorful yet light and very very filling. I had served it Quinoa Cornbread Muffins but we could hardly eat. The chili itself was very filling and very satisfactory. Its different but a wonderful recipe to have in your repertoire.

Here is the recipe: