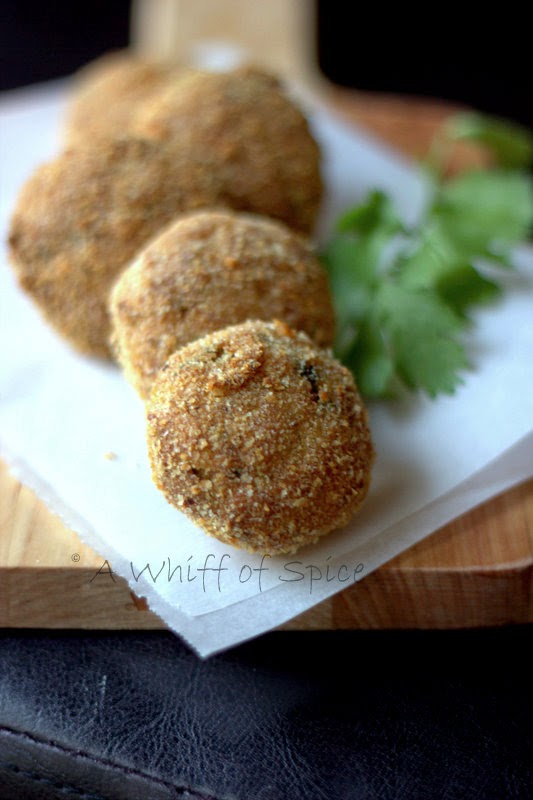 Past few  days had been cloudy and gloomy with busts of thunderstorm and flash flood warning! Now where did all the summer gorgeousness go???

A few more weeks of summer vacations is still left and the we are almost stranded indoors. In this weather all I want to do is cuddle up on the couch with a piping hot cup of tea and a book, but the 5 year old always has other plans!

Confessions: We are not heavily into art and crafts.

So after our ritualistic "study time", we both head to the kitchen to create some delicious mess. Things always don't go as planned and more often then not, I loose my cool. I vow never to let him in the kitchen again, only to break it the next day. 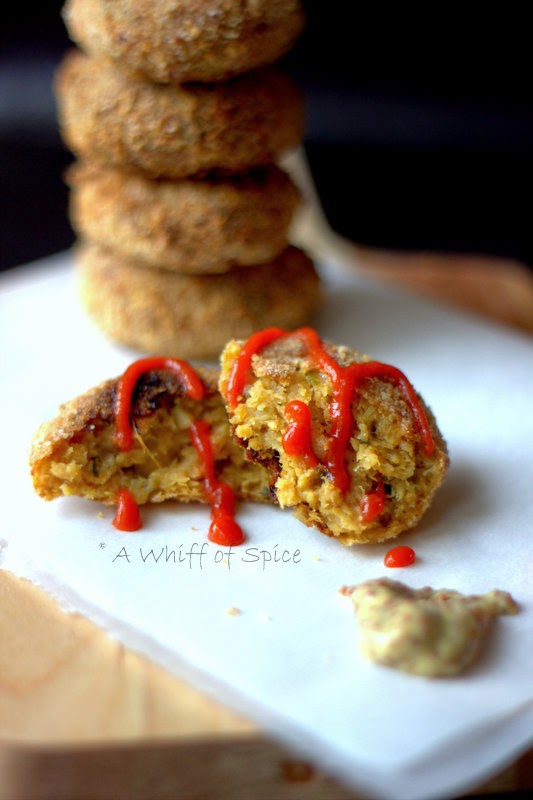 Back home, the  Monsoon Season always meant evenings with hot tea and spicy, deep fried fritters or croquettes. This nagging wet weather makes me crave for that deep fried guilty pleasure.
I am having a crazy craving for some Maach er Chop.

Every time I have a Macher Chop er craving, I satiate it with my easy-peesy Brazilian Cod Fish Ball, mainly because its convenience. Its a lot less work than making my favorite Kolkata style Maach er Chop - the one I grew up eating; the one grew up loving.

But not today. Today I want the real thing, just the way Ma would make it. 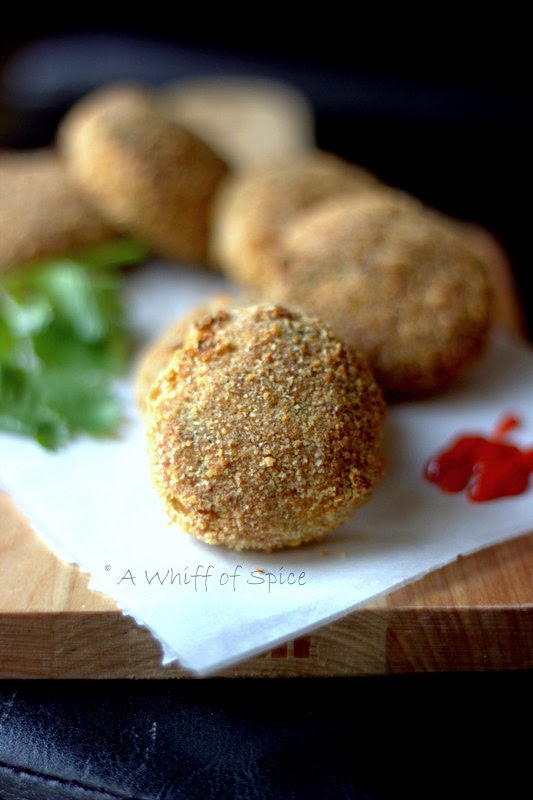 The Bengali word Chop is not to be confused with Meat Chops (the cut of meat cut perpendicularly to the spine, usually containing a rib). Its our version of Croquette. Every Bengali had grown up eating them especially on a lazy afternoon accompanied with a cup hot tea and a bowl of Muri (puffed rice).

Now if I have to pick my favorite, it definitely will be Maach er Chop (Fish Croquette) followed by Mocha r Chop (Banana Blossom Croquette) and Dim er Chop (Egg Croquette). 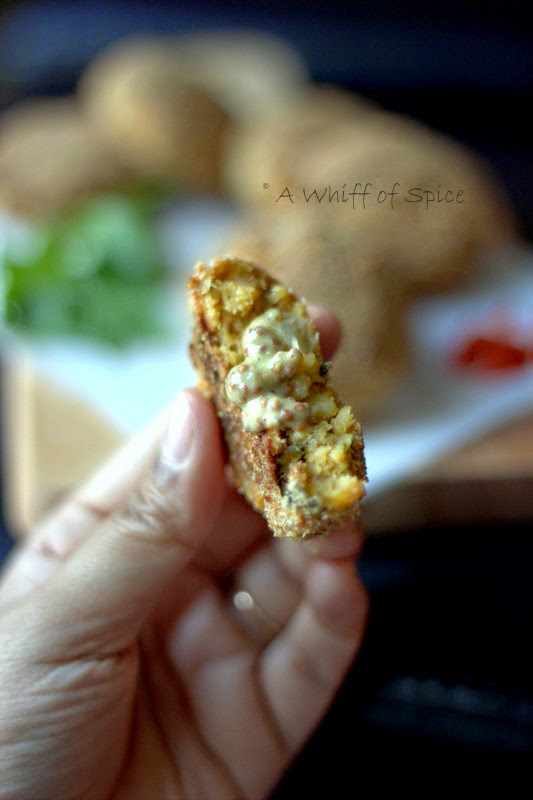 My Ma had given me a very detailed recipe over the phone and I had promised I would follow it to the tee. But me being myself, I dared to challenge perfection, yet again!

So instead of lightly frying the fish, I poached it in an aromatic bath. I added turmeric to the fried onions. I added coriander leaves (cilantro) to the fish mixture, because I cannot imagine my food without herbs. I did not refrigerate my prepared patties nor did I double coat them. And finally instead of deep frying them in pan-full of oil, I baked them at a 400 F oven!

But even after butchering my Mom's recipe I was left with with 15 delicious, crispy Maach er Chop with were just as good.

Hope you'll love them just as much as we did.