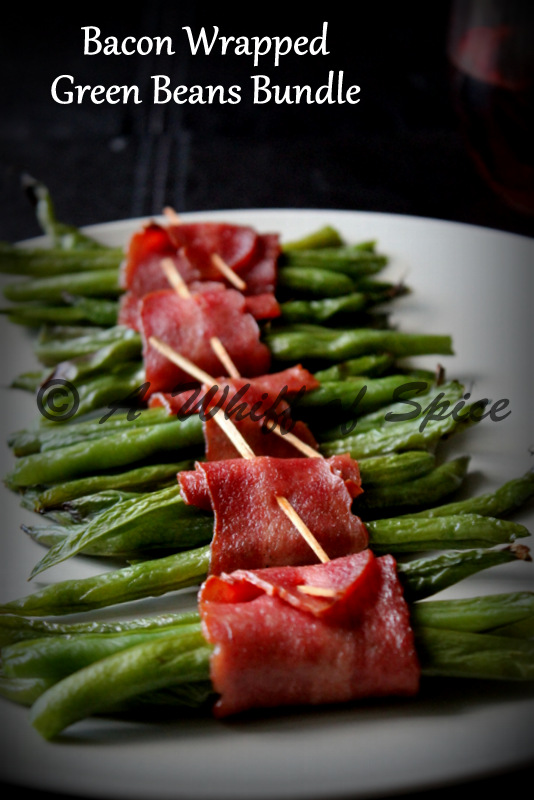 Lil Sid thought so too.

He devoured them in no time. Mommy isn't complaining. 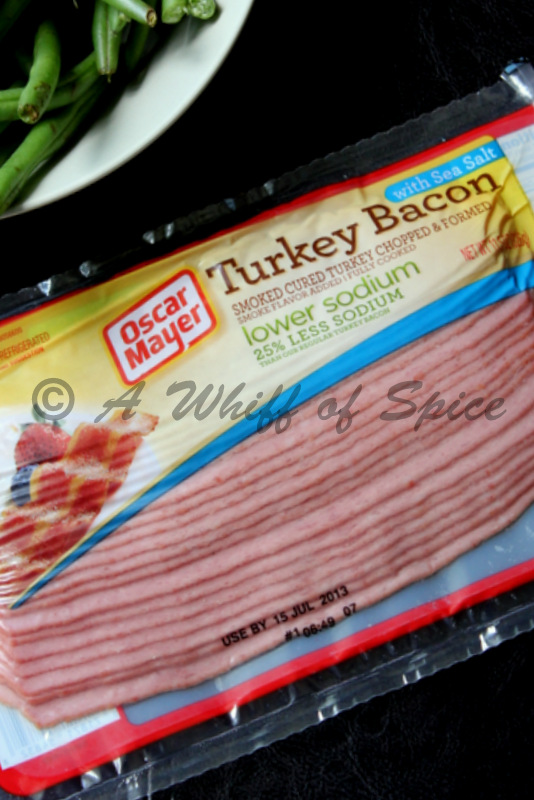 After a long time I bought these Turkey Bacon on Lil Sid insistence.

When we first moved to Cincinnati, we were addicted to Bacon. Not only the thick, fatty Porky ones, but also the leaner Turkey and the Canadian ones too. It just had to have the word Bacon and we would gorge on. We used to have it almost every day - as a salad topping, in our sandwiches and even as a crisp side to our regular "daal-bhaat". It had become the new 'papad' for us.

And finally the taste waded off. We didn't like it anymore. Sid refused to touch his once-favorite-mid-morning snack.

Its been a while... rather a long time, that I stop buying Bacon.

Last week, while on our weekly grocery trip, Sid pointed to the bacon and said, "Look Mommy, Bacon. Can I have some... PLLLease!!!"

Next morning we finished half the packet (I simply crisped it up in the microwave), while watching Arthur. 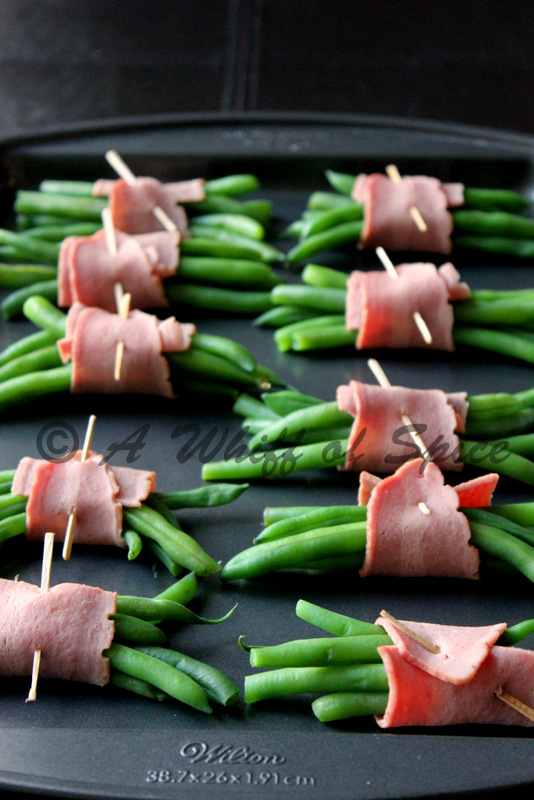 Later in the day, I really want to try something else with this rare treat, apart from just crisping it in the microwave and eating as chips. The Google Search result of  Bacon wrapped Chicken or Scallops really sounded delicious. But my birds were rock frozen in the freezer and it was nearing dinner time. The second option was Bacon Wrapped Green Beans Bundles and that what I made. And I am glad I did it. 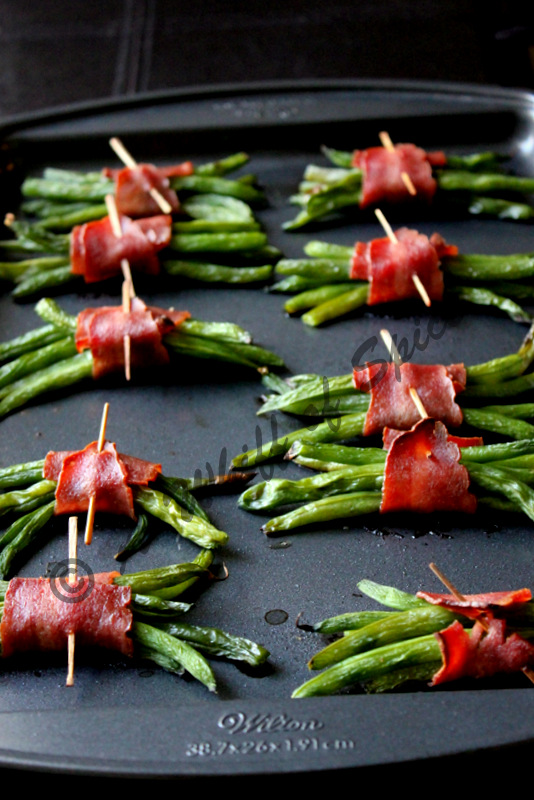 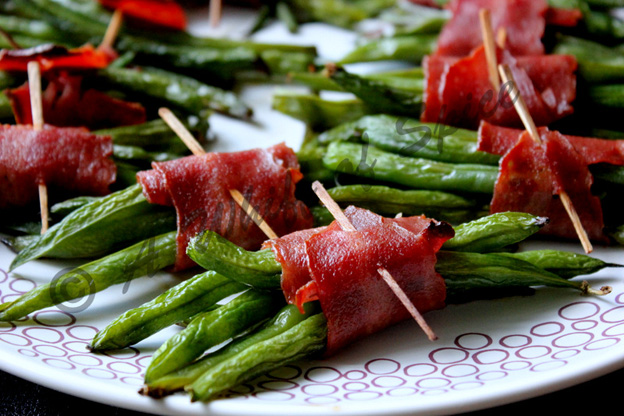 The recipe was super simple with just two ingredient and the prep time was short. We loved the sweetness of the green beans against the saltiness of the bacon. 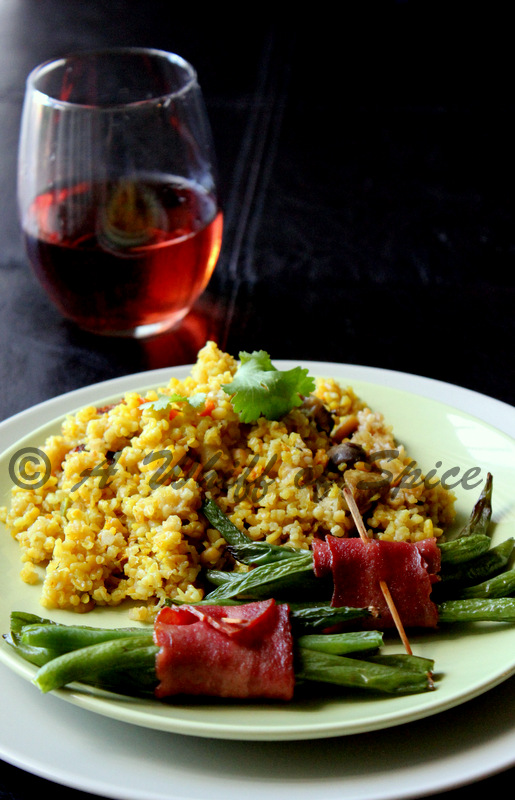 We had these cute bundles with a light low-carb Bulgar Wheat Pilaf and Rose Wine. These will make an excellent and elegant appetizers for a party too. How about as a mid morning snack for your kids this summer vacation? I bet no kids will say no to "Green Bean" in wrapped with Bacon-y deliciousness. 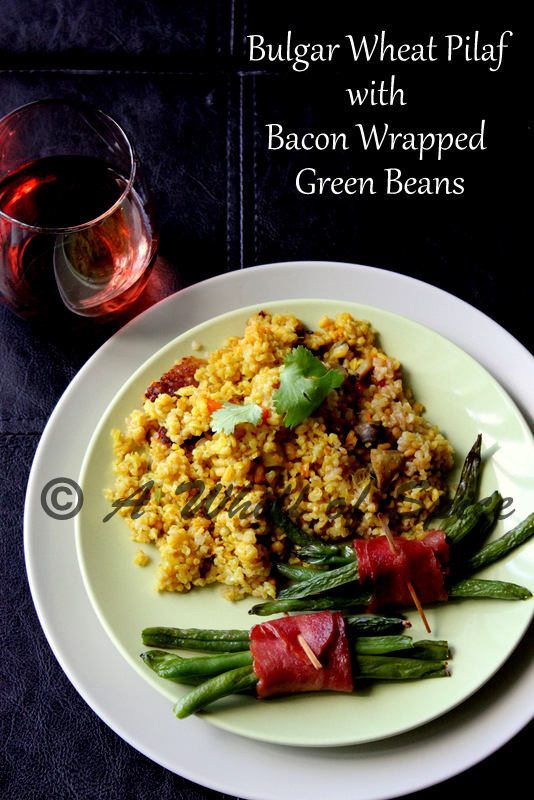