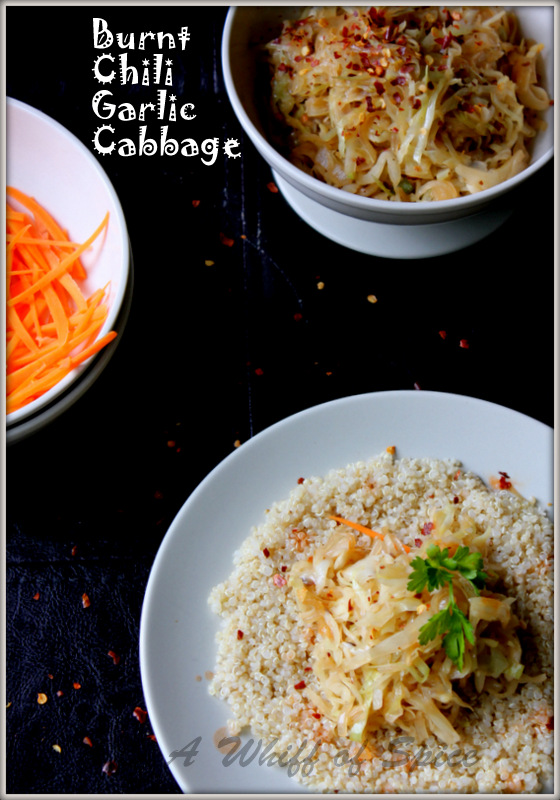 Of late I have been bitten by a bug. Its called lowcal-carbofication. And its infectious.

This is a condition where the affected is obsessed with the idea of how to convert a  High Calorie/ High Carb meal to a Low Calorie/ Low Carb meal, without compromising on the flavor or the taste. This is how it all began...


A couple of week ago Soma of eCurry posted the recipe of Burnt Chili-Garlic Noodles. I  drooled over the pic, salivated and even tried to sniff the laptop screen. Indo-Chinese cuisine is my absolute favorite and anything with burnt chili-garlic can transform me from a sober individual to a "hungry dog, eyeing a piece of flesh". The next day after finishing my morning chores, I made a pan of this delightful noodles and gobbled down the entire wok, satisfying my soul and my senses. And then, there was this soul shattering incident...

Two hours later my blood sugar read 282!!! The glucometer fell from my hand, shattering into pieces, I pressed my palms to the ears and let out an earsplitting "Naaaahiiiiiiiiiii!!!!!" Okay... none of that melodrama happened. But it was fun imagining it.

On a more serious note, I tried to introspect. I had used whole wheat thin spaghetti instead of the refined egg noodles, then why?

My first mistake was, no portion control. I was so in love with the flavors that I kept eating, even after I was full. The fact that I was home alone and not sharing my meal just added to the problem.

Secondly, whole wheat  does not mean guilt free. Yes! Its a better option than having the refined flour version but it still contains calories and carb. The label said, one serving (2 oz or 56gms or 1/7 of a packet) contains 41 gms of Carbs and 210 calories. I definitely used much more than 1/7 of a pack... one fourth may be. You can do the math. Plus you have to count for the carbs in the veggies (carrots, green peas and green beans)  that I added. No wonder my poor little pancreas could not handle the pressure in spite of an external help of insulin.

Does that mean we can never have spaghetti or noodles. No... but we definitely got to be more careful about the portion. Also it should be more veggies and less noodles and not the other way round. 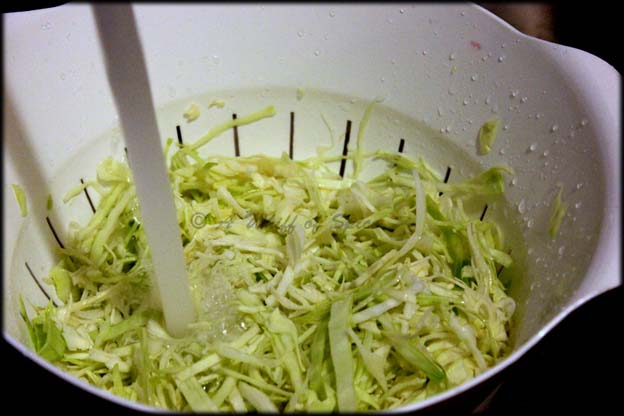 Coming back to my  lowcal-carbofication, the flavor of burnt chili and garlic kept haunting me and I was tempted to try it again but the 282 was kinda restraining me. Just for the heck, I Googled "how to make low carb spaghetti". I was not expecting any relevant results, but one result said, cooked spaghetti squash mixed with pasta sauce is an excellent and delicious way to get the all the satisfaction and flavors of spaghetti with fraction of carb. That gave me the idea of Burnt Chili Garlic Cabbage Stir-fry. 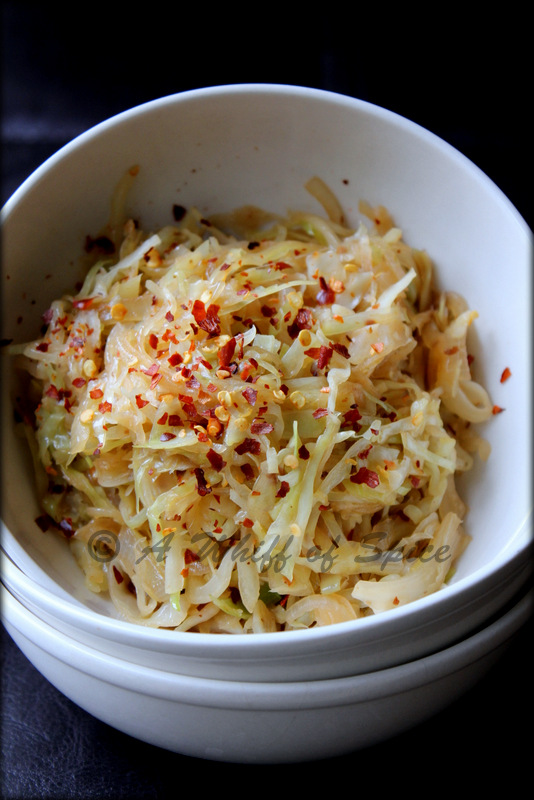 Growing up, I was never fond of cabbage. Even today, I don't like soft cooked and heavily spiced cabbage. I like it crunchy and hence I make it as a stir-fry. I followed exactly the way you make the noodles. But instead of noodles, I used shredded cabbage. You can use any vegetables or even mixed veggies for this recipe. Even a coleslaw mix works well. This recipe uses very little oil and is somewhat in between a salad and a stir fry. I had it with Quinoa, another low cal, low carb and high protein option. 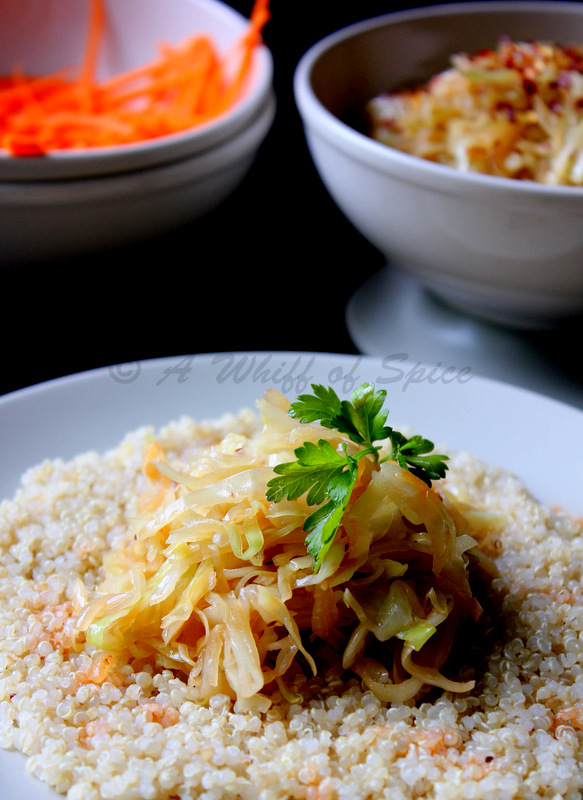